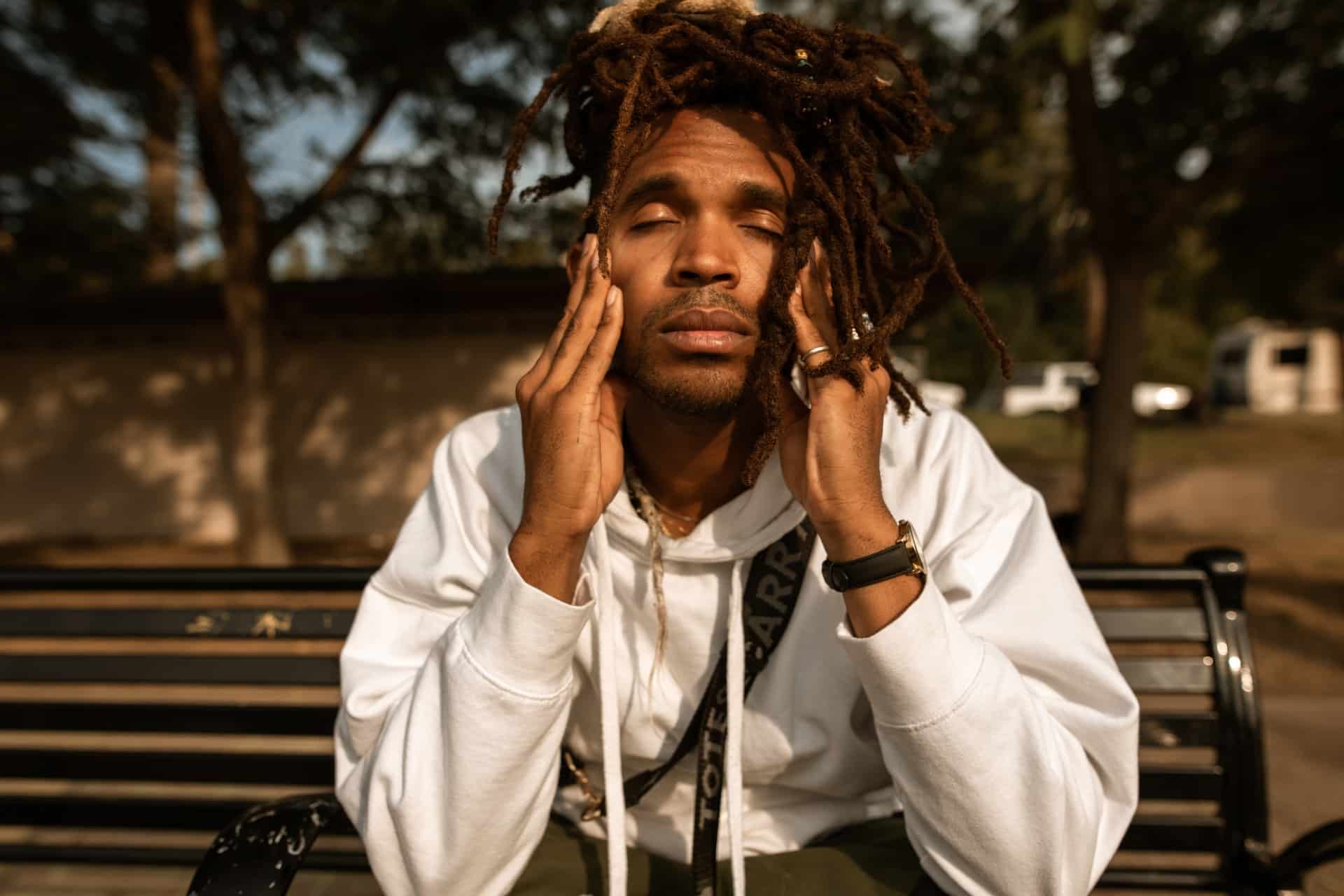 Will Cannabis Give You A Hangover?

You wake up feeling groggy and disoriented. In movie terms, you can’t decide if it’s “The Hangover” or “Dude, Where’s My Car?”

Basing that choice strictly on symptoms is tricky at best. While alcohol hangovers and weed hangovers, respectively, produce a few distinct residual effects, many of them overlap.

If, however, you were only consuming cannabis — and can positively rule out drinking alcohol — then you have your culprit. But that still doesn’t explain why you feel how you do. The short answer to the article title’s query is yes, cannabis can indeed give you a hangover.

Read on as we examine what causes a marijuana hangover, as well as the adverse effects that distinguish it from an alcohol hangover. Next, we’ll look at ways to both address and prevent marijuana hangovers. Finally, we’ll discuss the practical implications of hangovers that cannabis consumers should be aware of as it relates to their long-term weed use.

What Causes a Cannabis Hangover?

The hangover effects from cannabis are similar to those from drinking alcohol in that their root cause is overconsumption. Put simply, too much cannabis is likely to induce hangover symptoms.

But exactly what constitutes too much is still subjective and varies among users. A newbie obviously wouldn’t have the same tolerance level as veteran marijuana smokers, creating the potential for any amount of cannabis to result in a hangover.

Ultimately, whether you develop a hangover depends on how much tetrahydrocannabinol (THC) is in your system. Although there’s no universal threshold for determining how much THC is needed to be considered excessive, cannabis strains containing 20% or more will almost assuredly be a one-way ticket to Hangover Land.

You may already be familiar with some of them: White Fire OG, Sour Diesel, Chemdog, and Amnesia Haze.

Be Adventurous (If You Dare)

Besides amounts consumed, the methods of cannabis use also matter, particularly if they deviate from your normal routine. If smoking weed from pipes is your go-to, but you took massive hits off of a gravity bong, that possibly causes a hangover. If your preference is joints, but you recently had some friends over and shared a blunt, that might do it too.

Use Caution with Alternative Methods

Maybe you had a few too many drops of cannabis tincture. Were you trying moon rocks for the first time? Did you miscalculate the THC in last night’s cannabis edibles?

By no means would we discourage your experimentation with the various options of consuming marijuana. Be aware, however, that doing so possibly leads to a hangover.

If you had to choose one over the other, you’d probably pick a weed hangover instead of an alcohol hangover. Why? While you may experience more weed hangover symptoms overall, they tend to be less debilitating (more on that later) than what you’d get from drinking too much alcohol. Cannabis-related negative consequences, quite frankly, hurt less.

The Weed Gods Are More Merciful Than the Porcelain Gods

The persistent headache and unrelenting upset stomach (“praying to the porcelain gods”) that accompany a long night of alcohol aren’t always present in a cannabis hangover. That isn’t to say they never happen, but it’s much less pronounced and indirect.

As a diuretic, alcohol causes frequent urination and depletes your body’s supply of available hydration, thus leaving you vulnerable to headaches. THC, conversely, is known to decrease saliva secretion — “cottonmouth” — but that’s not the same as full-body dehydration. No clear evidence exists to suggest that smoking marijuana causes dehydration. Failure to counteract dry mouth by staying hydrated, however, can lead to dehydration, which can trigger a headache.

Typically, only mild nausea (if any) occurs during a weed hangover, usually nothing so bad that you couldn’t try to eat something to feel better. Remember also that THC also works as an appetite stimulant.

Remember What Drake Said in That One Song

Drake sings the chorus in fellow rapper Gucci Mane’s song “Both,” in which the former laments poor decisions made while being simultaneously drunk and high. This type of double inebriation, Drake explains, is rare but when it happens, he’s prone to exercising bad judgment — and probably a ridiculous weed hangover as well.

Drake Must Have Done His Research

Unsurprisingly, recent science seems to support Drake on this point. A 2017 study by Yurasek, Aston, and Metrik, published in Current Addiction Reports, found that the combination of alcohol and weed smoking can affect marijuana users by increasing the likelihood they consume larger amounts of both with higher frequency. This, in turn, would set the stage for some rough mornings after.

Perhaps even more daunting is the prospect of alcohol consumption before cannabis use increasing peak THC levels in a person’s blood. But more research in this area is needed before making any definitive assertions at this time.

A common theme exists whenever we discuss the side effects of marijuana, its medical benefits, or, as we are here, how someone could get a marijuana hangover. The lack of peer-reviewed studies forces us to speak in terms of conjecture more than conclusions, and this will continue as long as cannabis remains a Schedule I drug at the federal level and advanced research is stifled.

Your Feedback Is Valuable to Us

Out of sheer necessity, scientists rely heavily on anecdotal reports. It’s why, for example, simply using a checklist of symptoms sometimes isn’t enough to rule out alcohol or marijuana as a hangover’s cause, because user testimony doesn’t require an exact formula to qualify.

Even without an objective sense of whether you’ve overindulged, you’ll know from the physical response of feeling like crap that you’re hungover. And even when you don’t experience the same symptoms as your friends, that doesn’t mean you — or they — are wrong to classify it as a marijuana hangover per se.

Marijuana Smoking Might Be More Physics than Rocket Science

Yet another school of thought suggests that so-called “weed hangovers” are not conditions unto themselves, but rather the lingering effects of cannabis use. In physics terminology, it’d be akin to THC reaching its half-life within your body. If the means of consumption were smoking, that period would usually take only a few hours at most. But if you ingested cannabis edibles, the THC half-life would be much longer.

While other factors — such as age, overall health, and body chemistry — play into whether and to what degree you experience a hangover, the underlying assumption is that you woke up feeling this way. That would of course mean that your weed smoking coincided with your usual bedtime (or you just passed out) and that it may have functioned as a sleep aid. But not all cannabis-induced sleep is restful and restorative.

Not Everyone Is as Kid Cudi Described

In his acclaimed song “Day ‘N’ Nite,” rapper Kid Cudi describes a lonely stoner who “seems to free his mind at night.” But maybe you’re a wake & bake-er who smoked more than normal, yet planned to be awake the next several hours (and succeeded). In that case, you’d be just as prone to symptoms as someone who was consuming cannabis at night and spent some of the THC half-life period asleep. Some symptoms are just easier to bear in an unconscious state.

What Are Other Symptoms of a Weed Hangover?

Besides dry mouth and comparatively less frequent headaches and nausea, the most commonly experienced weed hangover symptoms include the following:

What the Research Revealed about Symptoms

The oft-cited scientific study by Chait, Fischman, and Schuster, published in 1985 in the journal Drug and Alcohol Dependence, provides some of the earliest evidence of at least a circumstantial link between marijuana and hangovers. In it, 13 male marijuana users smoked either active (2.9% THC) or placebo (0.0% THC) marijuana cigarettes on a specified schedule. The active group experienced acute effects of smoking that included changes in heart rate, carbon monoxide levels in the air, and behavioral tasks such as free recall and card sorting.

When the battery of tests was repeated approximately nine hours after marijuana smoking, researchers noted that only the active group demonstrated the behavioral effects seen from the first run. They concluded that weed can produce residual hangover effects the day after smoking, but that the precise nature and extent remain to be determined.

How Do I Deal with Weed Hangovers?

Despite the lack of a cure for cannabis hangovers, you can take several easy steps to mitigate your symptoms. As previously mentioned, you probably aren’t so incapacitated that you can’t still engage in some physical activity, which is the key to feeling better.

For your recovery process, try any of the following (or a combination) to combat the effects of a weed hangover:

They are preventable, yes. One of Benjamin Franklin’s most famous quotes is “An ounce of prevention is worth a pound of cure.” Don’t read those measurements as smokable quantities, but do remember that even the small steps you take to reduce the impact of, or your reliance on, cannabis can go a long way to help you adjust better.

Seek out strains lower in THC content. Avoid the drinking/smoking routine whenever possible. Smoke rather than take edibles. Give yourself at least a day between sessions.

What to Do If You Regularly Experience a Weed Hangover

Even a fixed medical cannabis regimen might include an unpleasant acclimation period, but that can be resolved in consultation with one’s healthcare provider. In general, if you experience hangover symptoms like clockwork, that can signal a marijuana addiction for which you should seek medical attention immediately.

We at Leafy Mate hope you found this article helpful, but it isn’t intended to replace the advice of your doctor. Your health and well-being come first, always. 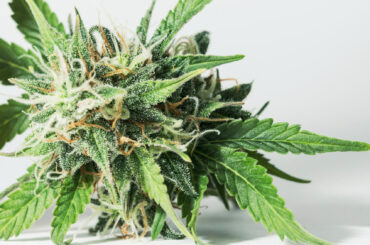 The Connection Between Cannabis and Autism 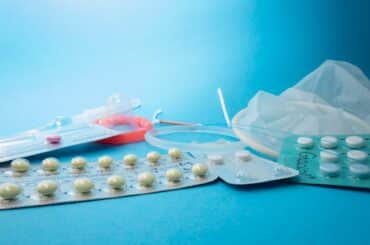 Can You Smoke Weed on Birth Control? 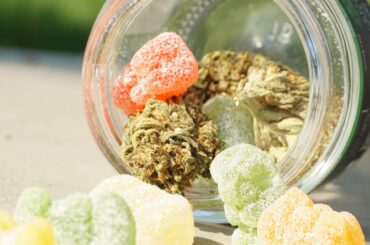 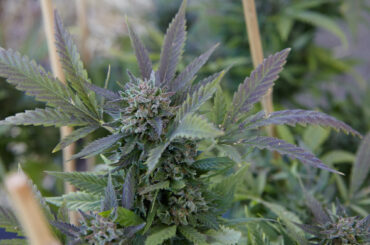