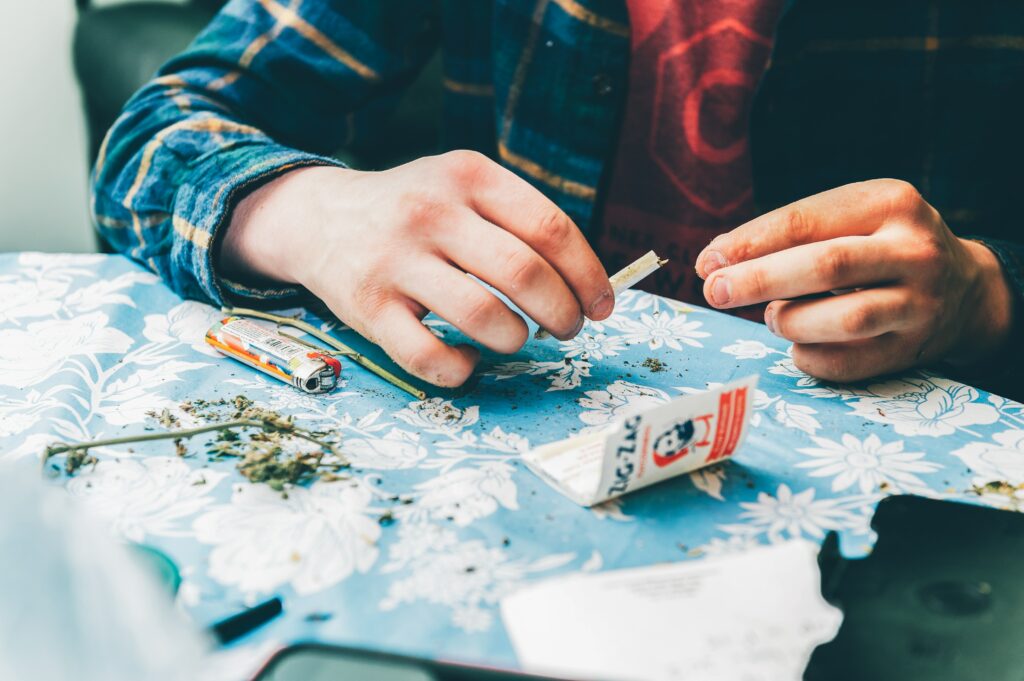 How to Roll a Joint

A joint, also known as a marijuana cigarette or cannabis joint, is one of the most tried and true ways to consume cannabis.

Any experienced joint roller can make it look easy, but the truth is it can take quite a bit of practice to master the art of rolling a joint. Malcom Gladwell says 10,000 hours is needed to master any craft, but that might be a bit of an exaggeration when it comes to rolling joints. Once you get over the beginner’s hump, you’ll find yourself rolling better and better joints with each try. With your newfound ability to roll joints, you’ll start having fun trying to roll the perfect joint, and eventually, your friends will beg you, and only you to roll them.

Rolling papers are the first item you’ll need, but if you’ve ever been to a smoke shop, you know that there’s quite a variety to choose from. Papers can be manufactured using a variety of materials, from hemp paper, wood pulp, or even rice. They also typically come in two sizes: regular or king size. Regular is great for a personal joint, but can be difficult to roll if you’re just learning. King sized papers can be easier to roll if you have stubbier fingers, and are also great for a big smoke circle.

Thickness is probably the next biggest factor. A thick paper will burn faster and sometimes unevenly in comparison to its thinner counterparts. Plus, with a thinner paper, you’ll have a better chance of tasting the full flavor profile of your bud, rather than the taste of the paper. If you don’t care about the bud’s taste however, ask your local smoke shop if they have flavored papers. Price in this sense, can vary greatly, so best to find papers that are well made, decently priced, and maybe even made by a small business.

While having a weed grinder isn’t completely necessary, it’ll make rolling joints (and practicing) much easier. Breaking down cannabis with your hands is the tried and true method, and works great for rolling something like a blunt. However, because rolling papers can be thin and fragile, you want to make sure there are no stems or seeds, and that the bud is finely ground. This quick grind will ensure an easy roll and a smooth smoke.

Just like rolling papers, grinders come in a variety of shapes and sizes. Grinders though, unlike papers, are something that you can cheap out on, since it’ll get the job done either way. Some grinders, especially the more expensive ones, have a chamber where all the weed will fall into once ground. Cheaper ones however, are simply two pieces, and don’t include the chamber for the finished weed. Without the chamber, it could be a good idea to invest in a rolling tray, so that you have somewhere to put the ground weed once you’re ready to roll.

A crutch, also a filter or tip, is really just a rolled up piece of cardboard that gives your joint structure and strength while rolling and smoking it. Some rolling paper companies sell pre made crutches, but you can also just rip off a piece of an index card, and use that. The crutch is important because it defines the shape of your joint. A crutch with a big diameter will yield a big joint, while a small one will create a skinnier joint. An added benefit of a crutch is that while it lets smoke pass through, it blocks any weed scraps from being inhaled. Lastly, having a crutch in the joint helps keep its shape and makes it easier to pass around when smoking with friends.

Tip: Many tobacco shops sell foam filters which are generally used for tobacco rolling. While these seem like a good buy, they’re not designed for cannabis joints, and will stifle the smoke and make for a joint that is too air tight.

Now that you’ve bought your rolling supplies including the joint paper, a grinder, a crutch, and maybe even a rolling tray, it’s time to get joint rolling. Find a flat surface to roll on (or a tray), and lay out your supplies. If you don’t have pre made crutches, begin by rolling your crutch. As mentioned earlier, this is as simple as ripping or cutting off a rectangle off of an index card or thin cardboard, and rolling it into a cylinder shape. Place that to the side, and begin grinding your weed. How much weed you roll is based on your desired thickness, but you can always just grind up a bunch of bud and then only use a portion.

Now that you’re weed is ground, place your crutch in your paper. The paper should have the shiny glue side on top, and facing you. The unglued side should be facing down. This shiny glue strip HAS to be on top facing you or you’ll have a hard time rolling it all together later. Now that the crutch is in place and the paper is oriented correctly, evenly distribute the weed into the paper. As the paper begins filling up with weed, the fold will take a sort of taco shape. You can massage the paper back and forth in a rolling motion until the joint starts taking shape. This action is important since it spreads the bud evenly across the paper. Don’t worry if some of the weed falls out the joint while you’re rolling as you can always put more in at the end.

While this next part is the most difficult, it will only get easier with practice. Once you’ve massaged the weed into its cone shape, you’re going to fold the paper over the crutch, and continue rolling very slowly. It’s important to start on the side where the crutch is, so that it takes shape as you go. This is not easy, so don’t worry if it takes a few tries. The aim of this process is to tightly but slowly roll the paper over its edge so it creates a tight seal.

If you’ve done this correctly you should have the cone shape of the joint, and a small sliver of extra paper with the glue strip exposed. Lick the glue strip softly like you would an envelope, then slowly seal the joint. Once it’s sealed you can gently tap the joint on the table to make sure the weed is concentrated in the joint. This is also the time to add any excess weed you may have into the joint and then pack it down. Finally, with all the weed packed in, take the excess paper at the top and twist it up to close the joint. Congratulations, you now know how to roll a joint.

Troubleshooting your joint rolling really comes down to one question: is it too loose or too tight? A loose joint will smoke erratically, or burn unevenly. You probably need to put more weed in when you roll, or at the very least, pack it down better at the end for a more even burn.

A joint that’s too tight will also burn poorly, but mainly, it won’t produce sufficient smoke when you inhale. You take a big drag, but hardly any smoke comes out. Remember, the last thing you want to do is restrict airflow. This can be easily remedied by rolling the finished joint between your fingers, loosening the pack. This will make sure there’s enough oxygen present to create a smooth drag.

At the end of the day, a good joint comes down to personal preference. Everyone likes different kinds of joints which is why rolling them is so fun. Don’t worry if your early joints don’t look exactly as you want them to right away, it’s a process. Take a break, and try again later. As you go, rolling joints will only become more and more natural, until one day, rolling full gram joints will be as easy as tying your shoes. As always, happy smoking. 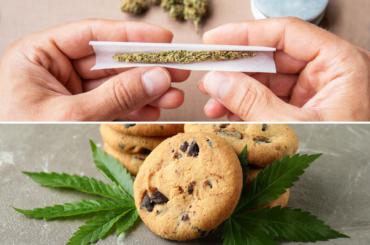 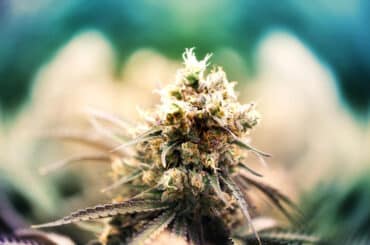 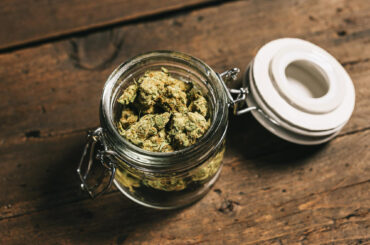