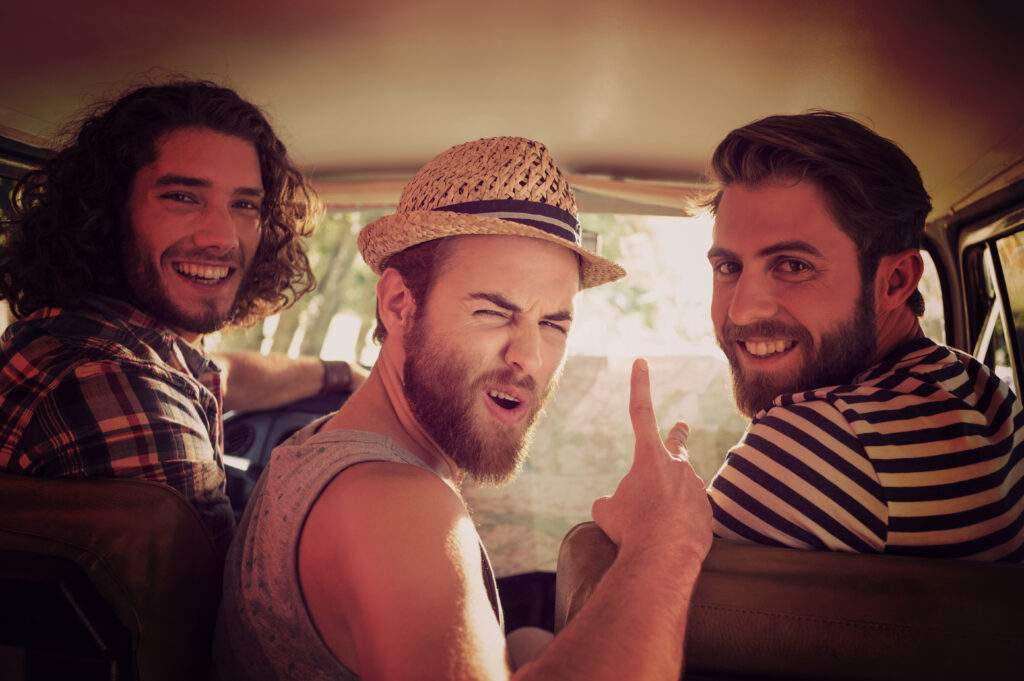 If traveling is one of your favorite hobbies, it doesn’t have to exclude weed; you just have to know where to go. There are weed-friendly places to visit worldwide and even popular cannabis tourism here in the United States.

From flying with weed to cannabis-friendly resorts, lounges, and events, cannabis culture as we know it is continuously evolving.

Ten years ago, you would have needed to legally leave the country if you wanted to smoke weed without a medical card. Today, almost twenty states have legalized recreational marijuana, making it much easier to have a weed-friendly vacation experience.

Recreational cannabis legalization efforts allow you to visit areas of the country that may not have been on your radar, whether a crisp fall afternoon in Vermont or a weekend trip to the Windy City.

Nevertheless, a truly remarkable destination for marijuana enthusiasts features the presence of a welcoming cannabis culture paired with incredible culinary experiences and gorgeous landscapes, and having decriminalized personal use of marijuana is a bonus for any destination.

At Leafy Mate, we have compiled a list of the top weed tourism destinations for cannabis users both in the states and internationally. We hope you find your next weed vacation spot in one of the magnificent locations below.

How many Americans purchase cannabis?

–12% of U.S. adults say that they smoke the plant (marijuana)

The 2018 United States Farm Bill has legalized hemp and any cannabis plant containing less than 0.3% THC. Hemp oil and CBD oil are products manufactured from extracts of industrial hemp.

In contrast, hemp seed oil is an edible fatty oil that is essentially cannabinoid-free. Some products contain other botanical extracts or non-prescription analgesics and are available as oral and topical tinctures for cancer pain management.

According to medical marijuana laws, hemp products containing less than 0.3% delta-9-THC are not scheduled or considered illegal; however, marijuana use and cultivation are still federally prohibited so check your local laws for more information.

TSA officers do not search for marijuana or other illegal drugs. However, if any illegal substance is discovered during security screening, TSA security officers will refer the matter to a local police officer.

The Los Angeles International Airport allows weed in the airport, with certain limitations. As for other U.S. airports, marijuana is still federally illegal, and the federal government runs post-security areas at airports.

So, in legal states like Oregon, Washington, Colorado, Alaska, and Nevada, bringing legally purchased pot past a security checkpoint can still trigger a TSA or local police response.

This response could risk confiscation of the weed in your possession if found by drug dogs, a fine, or even worse if you get caught in most states.

When bringing weed on a plane, flying with edibles is the easiest. Passengers are allowed to bring food for personal use on planes, so it’s a simple packaging situation, and you’re a gummy bear, or other edibles can take off alongside you in your carry-on bags.

You can easily place vape carts in a carry-on; however, keep it below three ounces. Cannabis tincture and concentrate can also be concealed, but flowers would be difficult to get by TSA agents due to smell and size.

Although you won’t have to deal with TSA, driving with weed across state lines can be a considerable risk. It can also harm your other passengers, even if they know about your weed possession.

Local police in technically illegal states have targeted incoming vehicles with plates from those from other states with more lax state laws regarding marijuana. Breaking local drug laws and cannabis consumption while driving can result in a hefty fine and possibly a court date.

If you’re going to travel with weed, don’t bring potent cannabis flowers along for the trip; the smell will be your downfall. Pack some of your own cannabis gummies, edibles, CBD oil, or a vape pen in the bottom of a bag, grab some food for sitting in the car, hit the road, stay on course, and stick to the speed limit.

420 in the United States

April 20 is celebrated in over thirty states all across North America. Some of the largest and most popular cannabis festivals happen on this day and you’re sure to find celebrities, ambassadors, and top brands of the cannabis culture at one of them. From the West Coast to New York, here are some of the top 420 festivals in the United States.

Best Stoner Vacations in the U.S.

Buckle up, as we take you across the United States, from West Coast to East Coast, to some of the best weed-friendly destinations in the country.

L.A. has legalized medical and recreational cannabis, and there are a ton of options when it comes to weed-friendly experiences.

Portland is a weed-friendly city through and through, it’s embedded in the culture at this point.

Anchorage is a newer player in the legal cannabis industry, but business is booming and the weed market is quickly expanding in Alaska. Cannabis can significantly enhance your connection to nature during an outdoor adventure. Whether you roam across meadows, visit the rivers, go fishing, or trek toward a mountain peak, Alaska has a place for every smoker to enjoy the natural world.

A trailblazer of the cannabis world, it’s no surprise that when you think of Colorado, you think of weed. Colorado was the first state to legalize cannabis, giving Colorado cannabis a rich history within the movement. The annual Mile High 420 Festival at civic center park draws weed advocates and enthusiasts worldwide, intending to fight the cannabis stigma while celebrating the thriving cannabis industry in Denver that includes cannabis tours and lounges. Next to Red Rocks and Colorado Springs, it’s one of the state’s largest tourist attraction events.

Ann Arbor hosts a cannabis festival yearly and while weed isn’t completely normal there yet, this beautiful city is getting there fast. Ann Arbor, Michigan, harbors the University of Michigan, home to the annual Hash Bash event, the one day a year when the university’s security does not enforce the no-smoking policy on campus. Since 1972, thousands of people have gathered to consume cannabis in public during the “One hour of Power.” This year will be its 50th annual event.

Vegas: the city of lights, and quickly becoming the city of weed. Not to mention, Las Vegas has the largest dispensary in the country.

Camp Kush in the 4 Corners– Colorado

You could easily plan one of the best weed vacations of your life at any of these international cannabis tourism spots.

South America has unique wildlife, breathtaking scenery, and warm weather. Nothing goes better with this amount of natural beauty than weed. Argentina has wholly legalized cannabis for medical use and recently became the first country to provide medical marijuana to patients for free.

Amsterdam is basically the weed capital of the world. You can smoke it almost anywhere and they even celebrate it yearly. The three-day Cannabis World Cup Festival is a massive celebration of cannabis culture in Amsterdam, showcasing top weed brands, new products, innovators, workshops and seminars, cannabis tech, music, food, and the Cannabis World Cup competition. The Cannabis Cup is judged by over seventy of the industry’s most significant figures and boasts a top-tier lineup.

Hosted at the magnificent Westerpark at the center of Amsterdam, this fest is a chance for a celebration to help end prohibition, sign petitions to update the law, and open the world to the many positive aspects of the cannabis plant. A similar event called The Elite Cup is held every year on Amsterdam’s International Cannabis Day in June.

The country that popularized reggae music through Bob Marley and others also decriminalized recreational marijuana in 2015. While cannabis is still technically illegal in Jamaica, it has become a considerable part of its culture.

Canada is one of the most well-known countries that have legalized recreational cannabis. As cannabis tourism gets bigger, areas like Toronto, British Columbia, Vancouver, and Montreal offer cannabis tours.

Companies like Canada High Tours will connect you with local guides that can provide Canadian history and culture combined with the ultimate cannabis experience. Similar to the United States, cannabis laws and regulations vary by province and city, so it’s best to check local laws before traveling.

These strains range from high CBD to high THC to a perfect balance of both. However, they are all known for reducing anxiety, promoting sleep, or providing happiness and euphoria.

There’s sure to be a helpful strain on this list for every type of cannabis vacation:

Since most cannabis travel laws vary from place to place, we wanted to educate people who are curious about how and where to travel with recreational and medical weed.

Legally, we always recommend checking local and state guidelines as well as federal laws before traveling to any new location.