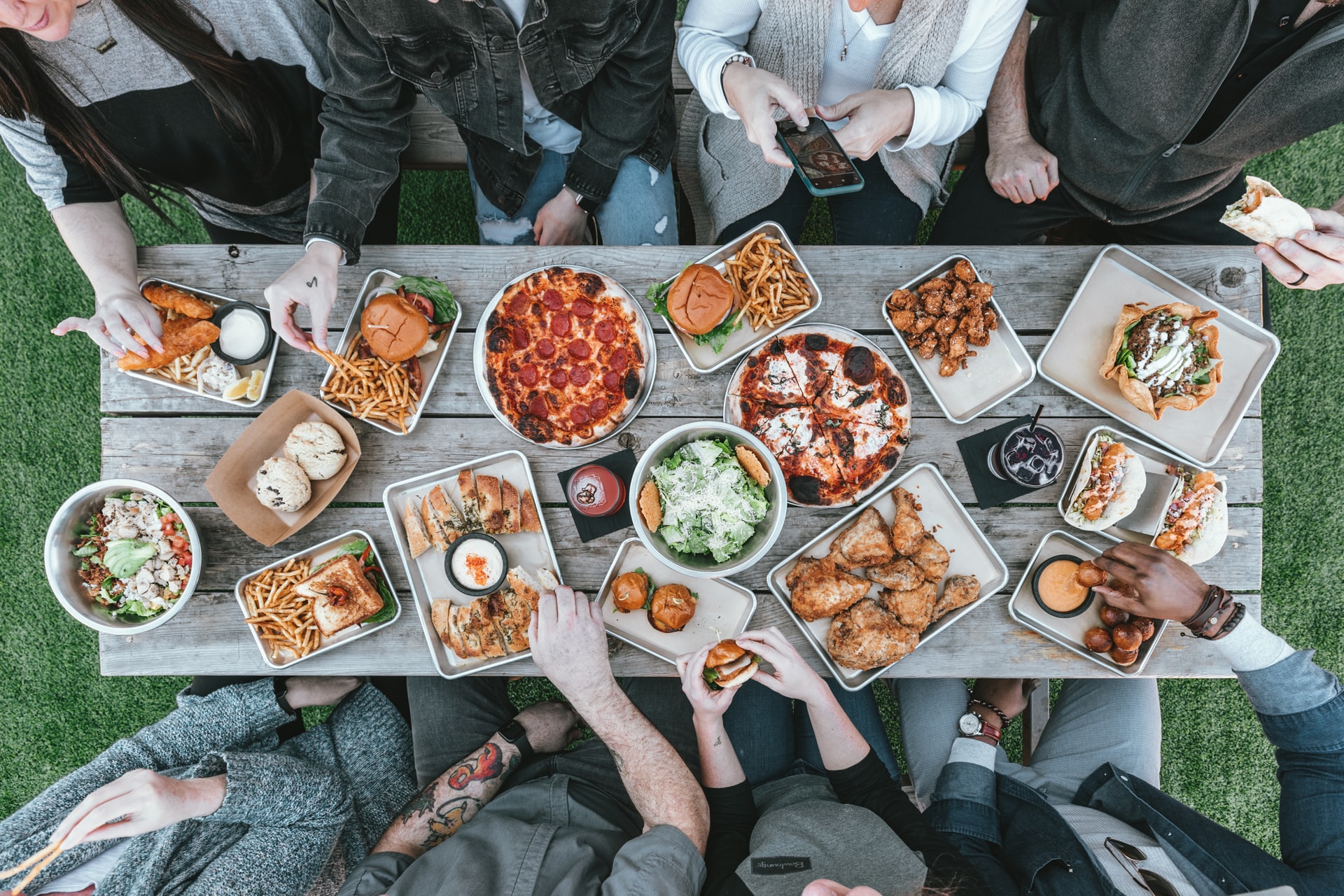 Who’s Got The Best Munchies: East Coast vs West Coast

Urban Dictionary describes the munchies as “the compelling and intense feeling of hunger after smoking weed.” While accurate, there is an even more scientific explanation for this feeling. Read on to find out more about what causes a munchies hit and the best snack to relieve those intense cravings.

What causes you to want a snack?

THC is the psychoactive compound in cannabis that makes you high and it can affect your body in many ways. Ginger Hultin, RD, is the spokesperson for the Academy of Nutrition and Dietetics and the owner of Champagne Nutrition. She states that the munchies happen when THC stimulates your body’s endocannabinoid system in the brain to promote an urge to eat. She goes on to say that there is evidence that weed encourages the production of a hunger hormone called ghrelin.

What is the Endocannabinoid System?

The endocannabinoid system is comprised of a large network of chemical signals and cellular receptors densely packed throughout our brains and bodies. The “cannabinoid” receptors in the brain — the CB1 receptors — outnumber many of the other receptor types on the brain. They act like traffic cops to control the levels and activity of most of the other neurotransmitters. This is how they regulate things: by immediate feedback, turning up or down the movement of whichever system needs to be adjusted, whether hunger, temperature, or alertness.

Our bodies produce molecules called endocannabinoids to stimulate these receptors, which have a structural similarity to molecules in the cannabis plant. The first endocannabinoid discovered was named anandamide after the Sanskrit word ananda for bliss. All of us have tiny cannabis-like molecules floating around in our brains. The cannabis plant, which humans have been using for about 5,000 years, essentially works by hijacking this ancient cellular machinery.

What does the ECS do?

There is a known rivalry between the East and West Coasts of the United States. And for obvious reasons. Some of the best food, fashion, and people reside in cities located on one or the other. Today, we’ll discuss an even more intense battle between the two…who has the best munchies to eat? We’ll let you decide, but here are some local favorite munchies for inspiration.

The East Coast has a rich, thriving culinary scene, from fresh seafood to delicious street food and everything in between. A few standouts from the east are as follows.

Philly cheesesteak is a quintessential, American meal from the legendary city of Philadelphia. Many years ago, Philly restaurant Pat’s King of Steaks created the sandwich, and now the cheesesteak is a vital member of the East Coast food scene.

Bagels are just better on the East Coast, particularly in New York. An open-faced everything bagel, toasted, slathered with cream cheese, lox, capers, red onions, and a dash of Kosher salt…well that’s the stuff of legends. Combined with a drink and it’s the perfect brunch.

Boston cream pie is the official state food of Massachusetts. It can be described as a soft, sweet cake filled with creamy custard and topped with delicious chocolate icing. A chef invented the first Boston cream pie at the Omni Parker House in 1881. Today, many bakeries and restaurants offer this dessert on their menus all around the country.

The West Coast certainly has the best cannabis culture and industry, but what about food? The fast-food options are nice (think In-N-Out burgers) and they have an unmatched Vegan culture.

Compared to East Coast Chinese cuisine, West Coast Chinese food features primarily Cantonese and Mandarin dishes. This type of food is less spicy and has a lighter feel. It’s considered a more natural way of eating Chinese food with moderate spices not to overpower the organic flavors of the meat and vegetables. Dumpling Inn & Shanghai Saloon in San Diego is a West Coast favorite.

Cupcakes are a surprisingly delicious treat that many West Coast cities have perfected over the years. The perfect cupcake is warm, light, airy, moist, and just the right amount of sweet. The icing can be buttercream, creamcheese, or your favorite tastes. Two of the best cupcake spots on the West Coast are Bouchon Bakery in Las Vegas and Kara’s Cupcakes in San Francisco.

The West Coast is home to many vegan-friendly cities with rich and delicious culinary scenes. From Portland to Los Angeles, you can find vegan fast food, vegan dessert, and even vegan Michelin star quality cuisine. Here are a few of the best:

Top Strains to enhance the munchies

Lemon Skunk is our first strain for appetite stimulation. This potent Sativa strain has around seventeen percent THC. This citrus bud begins with an energetic high followed by hunger and relaxation. This is the perfect weed to take before a light workout or taking your dog for a walk, but bring some water because you may have mild cotton mouth.

Blue Dream is a Sativa strain with over twenty-two percent THC and two percent CBD. It provides a balanced, yet euphoric high that will have you feeling creative and hungry. It’s the perfect weed to enjoy before cooking or going out to a gourmet dinner.

Skywalker OG is a potent Hybrid cannabis strain with twenty percent THC. It is known to cause an intense high that leaves you feeling happy. This weed not only increases appetite but can also make food taste better. Try out this berry delicious blend before your next big meal and you’ll notice the difference.

Pink Boost Goddess was specially designed by California-based company, Flow Kana for THCV purposes. It has an average of eighteen percent THC and around 4 percent THCV. This strain is known to reduce anxiety and suppress appetite. PBG is an Indica-dominant hybrid with vanilla and floral aroma and flavor profiles.

Durban Poison is a legendary landrace African Sativa and has been around for centuries. It has won awards and is a commonly used strain for medicinal purposes. It has nineteen percent THC and one percent THCV and sparks creativity, focus, and uplifting feelings. While it promotes being productive, it also suppresses the appetite.

Pineapple Purps is a super Sativa that has a 3:1 ratio of THC to THCV. THCV is a cannabinoid that provides an energetic, euphoric, low anxiety feeling. It does not promote the munchies, but it does provide extra energy for your day. The only problem with this sweet, pineapple-flavored bud is that it can cause significant dry mouth so pack some water, just in case.

THC vs THCV – Know the Difference

Both THC and THCV are part of the cannabis experience. Both are naturally occurring compounds in the marijuana and cannabis plants. THC is the chemical compound responsible for creating a psychoactive experience, commonly referred to as a high.

When it comes to junk food, these are some of the best foods to eat for late-night munchies according to many online surveys.

Whether you want cookie dough ice cream or sweet, fruity flavors, Ben and Jerry’s has anything an ice cream lover could possibly want. An added bonus to their delicious ice cream is that they are an amazing company that is dedicated to advocating for equality and human rights. Some of our favorite ice cream flavors are:

With chocolate, possibilities are endless. There’s milk, white, and dark chocolate. Or chocolate milk. But wait, what about those chocolate-covered pretzels from Trader Joe’s? Like we said, endless options. Whether you choose hostess snacks, Oreos, truffles, ice cream, or bake cookies, if you’re a chocolate lover then you’re sure to find plenty of goodies in this category.

Gummy Bears vs. Gummy Worms…pick your fighter. You can choose from sour, sweet, and any shape or flavor possible but these gummy candies are sure to satisfy that sweet tooth. Or even as a topping on your favorite ice cream.

Pop-tarts and sweet, savory, and inexpensive. Our favorite flavors include:

Tap into your childhood with these throwback cereals next time you have a case of the munchies:

Put it on a banana with some chocolate chips, mix it with almond butter and toast, or add it to a crepe with some maple syrup for a sweet and delectable treat to eat.

There are so many potato chips out there. Wavy, regular, baked, fried, with dip, without dip. You choose.

Or if you like healthy snacks try pita chips and hummus. Whatever your jam, crunchy corn chips, and savory dips just go together.

If you’re getting high before going to see a movie, make sure and stop and the concession for some popcorn to eat. It is the perfect salty, crunchy, and buttery snack to cure the munchies.

Make your own, order chic-fil-A, or pop in those frozen bad boys for a tasty, protein-filled snack. Even better, add some BBQ, honey mustard, or your local favorite’s secret sauce for an extra kick.

Pretty much at all times, we have sliced cheese, a loaf of bread, and a little bit of butter at home. These three ingredients combined can make the ultimate stoner snack, aka the grilled cheese.

If you’re getting high and hosting a BBQ, hot dogs are a cheap and easy option to feed your hungry stoner friends. Add in some potato chips and you’ve got yourself a balanced diet.

Throw any of these crunchy delights in the air fryer and you’ll have a delicious snack in no time. Add some dip, ketchup, and mustard or load them up with cheese, bacon, and chives for the ultimate experience.

If you want to tap into your inner child, eat one of these childhood favorites next time you feel the munchies coming on:

This is a recipe for one of the best munchie foods from Delish. After smoking weed, this personal favorite recipe is just what you’ll need to curb that hunger.

Whether you’re a fan of East or West Coast cuisine, there’s truly a munchie snack for everyone on this list. Now that we’ve gotten you hungry, instead of eating an entire bag of potato chips, head over to Leafy Mate and experiment with our favorite cannabutter and edibles recipes.