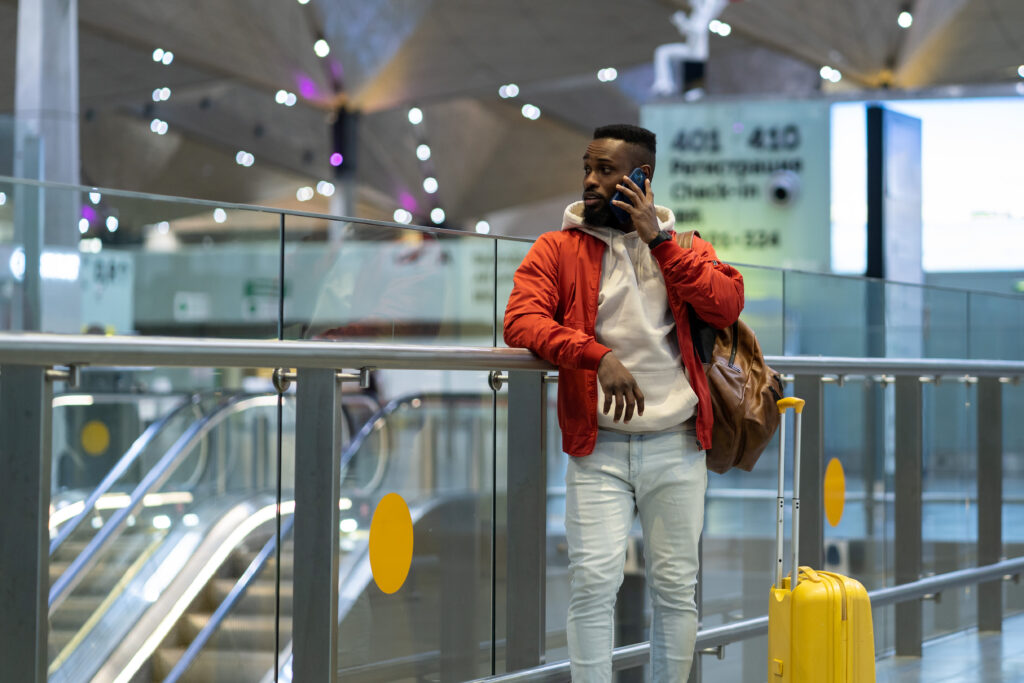 Traveling with marijuana can be risky, although those risks can be lessened with a medical marijuana card. Now that thirty-eight states have legalized some form of medical cannabis, there are ways to get around the federal law when flying and driving to other locations within the United States.

Since cannabis legalization varies across the country, you’ll need to know about out-of-state cannabis consumption in the states you visit. Some states that allow recreational use sell recreational cannabis to out-of-state patients with medical marijuana cards. In contrast, others will enable you to purchase specific amounts at licensed medical dispensaries.

The following is a list of states with out-of-state reciprocity laws, which means they will sell you medical cannabis if you have an MMJ card.

How many Americans use cannabis?

–12% of U.S. adults say that they smoke the plant (marijuana)

The 2018 United States Farm Bill has legalized hemp and any cannabis plant containing less than 0.3% THC. Hemp oil and CBD oil are products manufactured from extracts of industrial hemp.

In contrast, the hemp seed oil is an edible fatty oil that is essentially cannabinoid-free. Some products contain other botanical extracts or non-prescription analgesics and are available as oral and topical tinctures for cancer pain management.

According to medical marijuana laws, hemp products containing less than 0.3% delta-9-THC are not scheduled or considered illegal; however, marijuana use and cultivation are still federally prohibited, so check your local laws for more information, even if you are a medical cannabis patient.

Can weed help with flight anxiety?

Recent studies prove that CBD and THC cannabinoids can help to reduce anxiety. This is due to the unique way these cannabinoids react within the endocannabinoid system. The ECS controls and regulates how human beings feel and perceive anxiety and fear.

Here are a few ways that cannabis can help relieve unpleasant symptoms while flying:

Studies in mice and rats showed lower heart rates and less stress when researchers administer medical marijuana and CBD is used for a large portion of their entire life.

“Marijuana and certain cannabis-infused products, including some Cannabidiol (CBD) oil, remain illegal under federal law except for cannabis products that contain no more than 0.3 percent THC on a dry weight basis or that are approved by FDA. ( see the Agriculture Improvement Act of 2018, Pub. L 115-334.) A TSA officer is required by federal law to report any suspected law violations to local, state, or federal authorities.”

The Los Angeles International Airport states the following about flying with edibles and other weed products:

“As of January 1, 2018, California law allows individuals 21 years of age or older to possess up to 28.5 grams of marijuana and 8 grams of concentrated marijuana for personal consumption. With the change in state law, the city updated the Los Angeles Airport Police Division (APD) regarding marijuana to reflect this change. California Peace Officers have no jurisdiction to arrest individuals if they comply with state law.

However, airport guests should know that Transportation Security Administration (TSA) screening stations are under federal jurisdiction. Also, passengers should be aware that marijuana laws vary state by state, and they are encouraged to check the laws of the states where they plan to travel.”

As for other U.S. airports, marijuana is still federally illegal, and the federal government runs post-security areas at airports. So, in legal states like Oregon, Washington, Colorado, Alaska, and Nevada, bringing legally purchased pot past a security checkpoint can still trigger a TSA or local police response. This response could risk confiscation of the weed in your possession if found by drug dogs, a fine, or even worse, if you get caught in most states.

What other items can I fly with?

Per TSA’s screening procedures, carry-on and checked bags may contain the following:

Tips for flying with Weed

Depending on where you are headed, when you fly with edibles, flowers, concentrate, or CBD oil, it’s vital not to get caught with it in your bag, even if you have a medical card. However, many places will treat that as a prescription, so make sure you have it in a place you can reach easily and quickly. Below are a few tips for bringing cannabis-infused food and other cannabis products on the plane.

How much weed should I bring?

In your checked bag, you risk the weed getting searched and seized by TSA or police, so it’s recommended to store cannabis in a plastic tube or something discreet and place a small amount in your carry-on luggage.

It doesn’t seem smart or safe to fly on an airplane with a large amount of cannabis in your bag. Bring edibles and keep them out of your checked luggage for the best results on the plane.

Airport security is a time-consuming yet necessary safety step before flying on a plane. It can be made more accessible with slip-on shoes, less jewelry, and by following the proper steps given by the TSA officer.

While scanners and security agents are focusing on weed or other drugs in carry-on bags, they are required by law to report it if seen. That being said, there are many ways to fly with weed discreetly. Be smart.

When bringing weed on a plane, flying with edibles is the easiest. Passengers are allowed to bring food for personal use on planes, so it’s a simple packaging situation, and your medical cannabis gummy bears or other edibles can take off alongside you in your carry-on bags.

Vape carts can be easily placed in a carry-on; however, keep them below three ounces. Cannabis tincture and concentrate can also be concealed, but flowers would be difficult to get by TSA agents due to smell and size.

Can I drive to another state with weed?

Although you won’t have to deal with TSA, driving with weed across state lines can be a significant risk. It can also harm your other passengers, even if they know about your weed possession.

Some local law enforcement in illegal states has targeted incoming vehicles with plates from those from other states with more lax state laws regarding marijuana. Breaking local rules about drugs can result in a hefty fine and possibly a court date.

If you’re going to travel with weed, don’t bring pungent cannabis flowers along for the trip; the smell will be your downfall. Pack some gummies, edibles, CBD oil, or a vape pen in the bottom of a bag, grab some food for sitting in the car, hit the road, stay on course, and stick to the speed limit to avoid a run in with a law enforcement officer.

These strains range from high CBD to high THC to a perfect balance. However, they are all known for reducing anxiety, promoting sleep, or providing happiness and euphoria.

There’s sure to be a helpful strain on this list for every type of cannabis vacation:

Getting Your Medical Card

There are a few things you need to know if you are applying for a medical cannabis card :

An MMJ card is a document a medical patient is issued after going through an evaluation and application process that allows them to consume, purchase, possess, and grow marijuana for use in managing their medical condition.

Only certain medical conditions will qualify for a marijuana card. The list of conditions varies from place to place, so you will need to check with your state guidelines to determine if you are suffering from an eligible condition to be granted a medical card.

There are a variety of marijuana telemedicine providers that can connect patients with licensed medical marijuana doctors in their state. From there, in some cases, the entire consultation and application process can be done online. Keep in mind that this is dependent upon the state one lives in, the MMJ process in that state, and what marijuana telehealth providers are available to service that state.

Since most cannabis travel laws vary from place to place, we wanted to educate people who are curious about how and where to travel with weed provided by a legal medical marijuana program.

To be safe and legal, we always recommend checking local and state guidelines as well as federal laws before traveling with medical marijuana products. 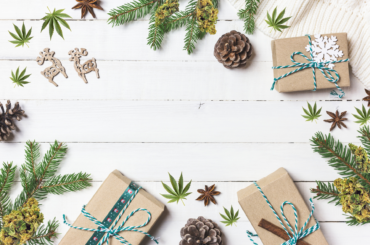 12 Weed Strains for the Winter Holidays