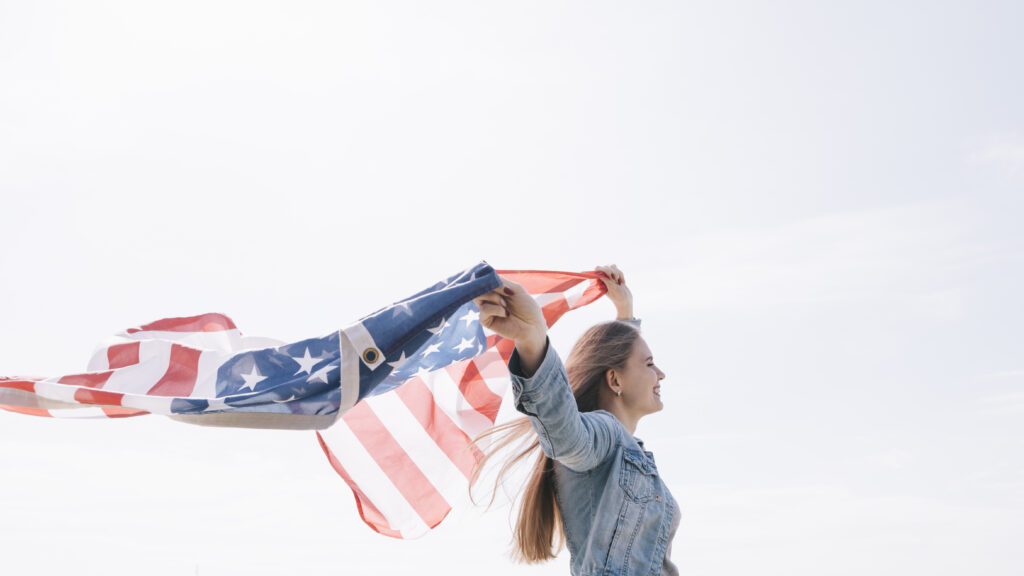 The 4th of July, aka Independence Day, has been a federally recognized holiday in the United States since 1941. Independence Day traditions date back to the 18th century and the American Revolution.

Read on to discover the connection between smoking hemp and celebrating (marijuana) 4th of July within the cannabis space.

The Meaning of July Fourth

When the Revolutionary War began in the spring of 1775, few colonists were concerned with becoming independent from Great Britain.

However, many people jumped on board the following year, and it became quite the movement. This was partly due to growing hostility against Britain and the release of “Common Sense,” published by Thomas Paine in early 1776.

Though the actual vote for independence and the creation of a democratic nation was on July 2, the 4th became the day to celebrate American freedom after being signed by James Madison, Andrew Jackson, James, Monroe, Thomas Jefferson, George Washington, and more.

After the Civil War, this date also marked a turning point in the war with the battle and defeat at Gettysburg. This date has significant meaning to the United States in many eras, both past, and present.

The Rise of Cannabis Use in America

The cannabis market is growing and is projected to continue this upward trend in the coming years. As it becomes increasingly popular, more U.S. states are expected to follow legalization despite prohibitions laws by the federal government.

The FDA has approved several cannabinoid drugs, and there is plenty of room for growth and new product creation in both the medical and recreational markets.

In recent years, cannabis has grown unprecedentedly as a new industry in the world market. According to market research, the global legal marijuana market size was valued at USD 9.1 billion in 2020 and is expected to expand at a compound annual growth rate (CAGR) of 26.7% from 2021 to 2028.

The impact of the growing cannabis industry is so prevalent that the U.S. Census Bureau plans to gather and study data regarding how states use the money to improve their infrastructure and social programming, which will hopefully lead to the end of federal prohibition.

Hemp has been used in many ways throughout history, including:

Did Thomas Jefferson support cannabis use?

Jefferson grew hemp at his Monticello and Poplar Forest homes; it was typically used to make clothing, hemp paper, and other fabrics. Many of the founding fathers, such as George Washington, grew hemp, and Americans were legally required to produce the hemp plant during the Colonial Era. However, there isn’t historical evidence that Thomas Jefferson smoked weed.

Cities and towns all over the country hold annual 4th of July celebrations, festivals, and parades. Many enjoy vacations, gatherings, or hosting a BBQ with fireworks to celebrate the warm weather, sunny skies, and America’s Independence Day.

The week before the 4th of July, cannabis sales skyrocket in the United States. It’s the perfect opportunity to relax, eat good food, and enjoy your surroundings. Here are some of the top travel destinations for weed enthusiasts this Independence Day.

Best Strains for the Fourth of July

In this article, we include some of the best strains for socializing, being outdoors, a celebrating your life with your family, friends, and fellow citizens.

Purple Punch originated in Southern California and is a cross between Larry OG and Granddaddy Purple. It has 18 percent THC and zero percent CBD content. This strain boasts a tart grape flavor that smells of berries.

The Purple Punch strain is typically used to treat nausea, insomnia, stress, and body aches. Purple Punch provides a feeling of euphoria at first, then leaves you relaxed and with an appetite for flavorful food.

Strawberry Cough is a cannabis strain with unknown origins. This mysterious strain has 19 percent THC content and one percent CBD. It’s thought to be a combination of Haze and Strawberry Fields and is a potent Sativa strain.

It has a skunky aroma and a hint of berry flavor and is one of the best strains to treat mental disorders, anxiety, and depression. The cerebral high provided by this weed will leave you feeling euphoric, energized, and hungry.

Girl Scout Cookies is an Indica dominant hybrid that originated in the Bay Area of California. It has 19 percent THC and one percent CBD and its parent strains are OG Kush and Durban Poison.

The flavors are sweet and minty with an aroma of vanilla, just like a thin mint. GSC has an average of ten weeks of flowering time indoors and will put you in the mood to eat and serve your friends some delicious flavors.

This cake strain is used to treat muscle spasms, nausea, appetite loss, and depression. Users say it produces a happy, cerebral high, leaving you pain-free, euphoric, and with some serious munchies.

This potent Sativa strain has around seventeen percent THC. This citrus bud begins with an energetic high followed by hunger and relaxation.

This is the perfect weed to take before a light workout or taking your dog for a walk, but bring some water because you may have mild cottonmouth.

Blue Dream is a Sativa strain with over twenty-two percent THC and two percent CBD. It provides a balanced, euphoric high that will make you feel creative and hungry. It’s the perfect weed to enjoy before cooking or going out to a gourmet dinner.

This strain is potent Hybrid cannabis with twenty percent THC. It is known to cause an intense high that leaves you feeling happy.

This weed not only increases appetite but can also make food taste better. Try out this delicious berry blend before your next big meal, and you’ll notice the difference.

With any national holiday, it’s important to celebrate and respectfully honor while having fun and maintaining safety. Being well-prepared when grilling, camping, shooting fireworks, and participating in outdoor activities can differentiate between a good time and a bad experience.

This July 4th, we recommend stocking up at your local dispensary and hosting a gathering to enjoy the warm weather; tap into your adventurous side and watch fireworks from a local lake or riverfront.