How Will Your Grandparents Try Weed?

You could be the reason Grandma and Grandpa smoke weed for the first time, but that doesn’t mean they will (or should) become your smoking buddies.

You may have read the title and thought, Why would my grandparents try weed? They were already smoking marijuana while jamming to Bob Marley in their room when they were kids. Or perhaps you know factually that neither Grandma nor Grandpa were ever cannabis consumers over the course of their respective lifetimes.

How amused we are by baby boomers marijuana use, also reveals underlying and noteworthy biases we hold about seniors in general. No age group has been stuck in the middle of more cultural and legal friction with cannabis than our grandparents but, simultaneously, no age group can benefit more from marijuana’s restorative and medicinal properties than them either.

Whether we’re successful introducing, or re-introducing, our grandparents to marijuana use rests largely on our understanding of the psychology behind 1) what prevents us from seeing it as a viable option for them, and 2) what may have scared them from trying it. We as a society have come a long way to destigmatize and decriminalize cannabis, but that doesn’t automatically prevent Grandma and Grandpa from still feeling it’s inappropriate.

Ultimately, it’s a dialogue between friends and family about improving quality of life. Discussions centered on aging and end-of-life matters are often hard to listen to, but this one doesn’t have to be. Pragmatism is perhaps our grandparents’ single most defining characteristic, so appealing to marijuana’s practical application in their life will be key to Grandma and/or Grandpa joining you on your visit to the cannabis dispensary next week.

In the sections that follow, we’ll break down some of the inherent biases and psychological barriers that, until now, have been why seniors have felt unable to use cannabis. We’ll also delve into some of the specific physical conditions affecting seniors and their peers for which marijuana use can be a workable solution. Finally, we’ll wrap things up with a point about why we think your odds are good for convincing your grandparents to try cannabis.

“Too Old?” Only If You Mean the Weed Itself

Smoking weed that’s old or expired is a less-than-ideal experience. You can usually still get stoned but, as it ages, marijuana loses potency and undergoes changes in taste and texture. Aged cannabis usually means shit weed.

However, to suggest that a person is too old (they could obviously be too young, i.e., a child) to use cannabis is plainly ageist. We’ve grappled mightily with racism and sexism in recent years, but discrimination against seniors remains as pervasive as ever. According to data from a 2019 University of Alberta (Canada) study, ageism is now thought to be the most common form of prejudice, without recognition of how prevalent or impactful it is. “There’s a big personal impact. Children see older people being disrespected and grow up thinking they’re useless and then they find themselves turning 60 or 65,” said Donna Wilson, a nursing professor who studies aging who co-led the study. “We don’t expect or encourage healthy aging; everybody who hits 65 thinks it’s all downhill from here. If they think they’re useless and boring, how negative is that for them and their family?” Wilson added.

We just don’t associate living one’s best life with being past a certain age. Cannabis can be very effective for mental health treatment in seniors (more on that later), but of course, we’re left to wonder: how much of that anxiety or depression occurs naturally, and how much is manufactured as a byproduct of ageism?

Remember earlier when we mentioned how funny the article’s title is? If you agree, that’s not a sign of ageism per se, but it could be because you were thinking in terms of your grandparents engaging in stupid shit versus them receiving multiple therapeutic benefits from marijuana use.

We need to get past the idea of people being “too old” for marijuana use, and instead buy into the reality that they are well-suited to become cannabis users precisely because of their age.

Mr. Mackey is famous for teaching the children of South Park three things. Smoking tobacco is bad. A drink of alcohol is bad. And marijuana (“marah-joowana”) is bad. Mkay?

If you watch the show, you know Mr. Mackey would ironically develop his own issues with drugs. But his puritanical stance exactly mirrors the type of incessant, inflexible social mores in existence when most seniors were children in the middle part of the last century. Shame and fear were powerful tools of deterrence, and it wasn’t about educating kids about pot so much as it was making them scared to ever try it. The idea was to make your first time trying the drug your last time—if you tried it at all.

Only deviants smoked pot, which was believed to make people stupid, lazy, and unambitious, or turn them into criminals (or at worst, listeners of Grateful Dead and Bob Marley all the time). It was a prelude to the coming War on Drugs, where, by then, our parents were misled to believe that marijuana presented the same level of danger as heroin, cocaine, alcohol use, or even smoking tobacco. The legalization of cannabis seemed like a pipe dream (pun intended) at best.

Legalization of recreational marijuana would eventually arrive in 2012, thanks to Colorado and Washington State, but for those waiting for a pathway with minimal risk to sanctioned weed, that change may have come too late. The “stoner stigma” persists, to the point that some seniors conceal even their legitimate use of medical marijuana.

To become full and informed cannabis users, seniors must overcome that feeling of Catholic guilt. But grandchildren and family can help.

Put simply, weed is much stronger now than it’s ever been in its botanical history, with no middle of the road. According to a recent survey, THC levels have risen from an average of 4 percent in 1995 to 17 percent in 2017. Sealed bags and rolled joints topping 28 percent THC are available for purchase, as are concentrates with 85 to 90 percent. Higher THC means additional risk for baby boomers, and that could give pause to both users and their marijuana doctors who are worried about too much too soon.

Thankfully, so many more methods to consume cannabis than merely smoking exist than before and, with them, ways to accurately measure dosage. Edibles, liquid extracts, infused honey, and infused ointments are barely half of the ways Grandma and Grandpa can use weed therapeutically, without being worried about the high and only using a small amount (watch for products with high CBD to low or zero THC content).

Medical professionals always advise older newcomers to cannabis to take a “start low, go slow” approach and, accordingly, the marketplace is now set up to do just that.

“Seniors and Marijuana: An Ideal Match”

Despite everything you read above about older people’s perceptions of marijuana and their institutional indoctrination against it, cannabis use among Americans aged 65 or over increased by 75% between 2015 and 2018. They are easily the fastest growing group in the entire country.

And it makes sense, because as we age, we develop conditions and disease that cannabis is uniquely equipped to help treat. These include the following: Alzheimer’s disease, cancer, arthritis, pain management, anxiety, depression, a sleep aid for insomnia, and osteoporosis. Cannabis also serves as a weight stabilizer (i.e., stimulating appetite to combat wasting syndrome), a powerful anti-inflammatory and antioxidant, and can also help reduce or eliminate the need for dangerous pharmaceutical drugs.

Simply because someone is older doesn’t mean they don’t deserve to live as full and pain-free as possible, and available data suggests that marijuana use can help supplement a better life. However, as long as it retains its current federal status as a Schedule I drug, further research into the medical advantages of marijuana use will continue to be stifled. It is precisely that lack of research, and thus uncertainty of risk, that has the medical community divided as to what constitutes seniors’ safe participation in the cannabis space.

If our grandparents make an informed decision to smoke weed, for whatever purpose, it’s a journey that we as family members (and informed cannabis consumers ourselves) should take with them. Sure, they’re our blood, but such anti-ageist behavior helps cure one of society’s greatest evils—one far more evil than cannabis ever was. 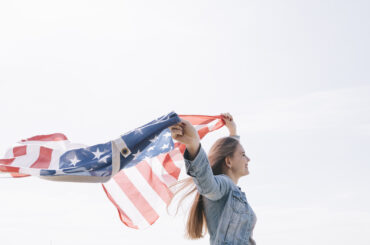 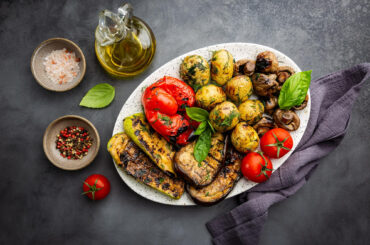 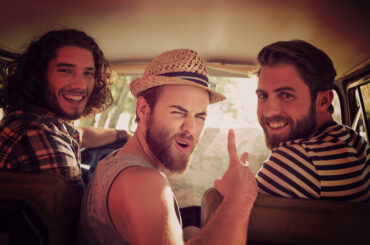 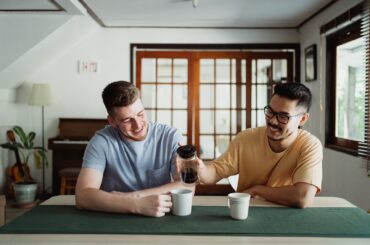