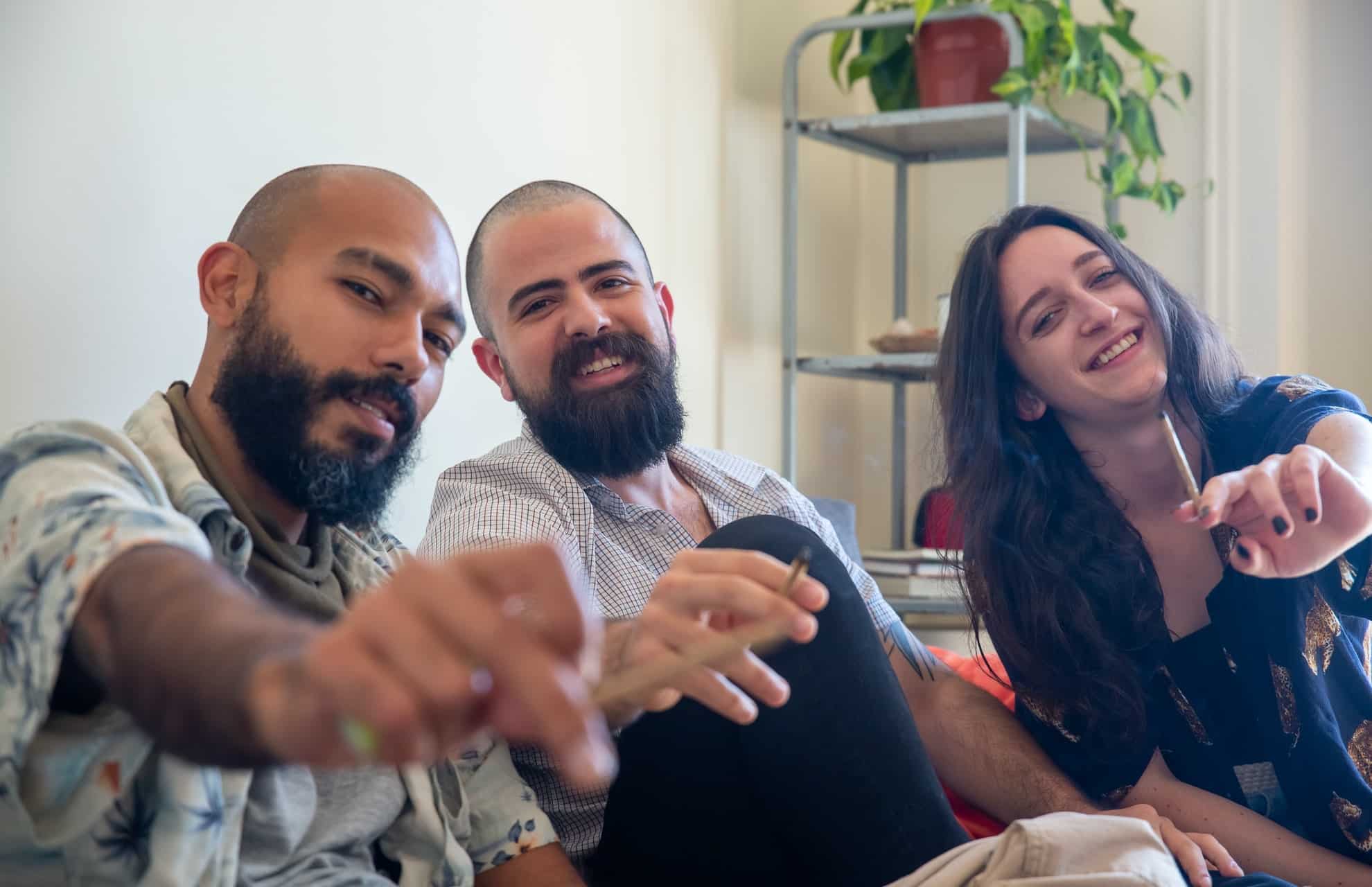 420 is celebrated worldwide. The largest celebration in the world occurs yearly in Denver, Colorado for the Mile High 420 Festival. However, now there are events with multiple vendors all over the U.S. in cities like Washington D.C., Las Vegas, Portland, and San Francisco. Internationally there are also many places that host parties on April 20. Australia, London, Glasgow, Jamaica, Amsterdam, Canada, Scotland, and more celebrate the holiday.

The most popular theory about the origins of 420 comes from San Rafael, California in 1971. Five students from San Rafael High School began using 420 as a code word to meet at the Louis Pasteur statue on campus to search for an abandoned cannabis crop. This was their meeting time to then go to their chosen hang-out spot after extracurricular activities were finished. They never found the hidden crop, and the term evolved as a code to meet up after school for a smoke session. The term later became popularized by The Grateful Dead after Dave Reddix and Steve Capper were hanging out backstage with the band.

When was the holiday established?

Steven Hager of High Times popularized the story of the Waldos. The first High Times mention of a 4/20 holiday was in May 1991. It became widely celebrated in the late 1990s.

420 in the United States

April 20 is celebrated in over thirty states all across North America. Some of the largest and most popular cannabis festivals happen on this day and you’re sure to find celebrities, ambassadors, and top brands of the cannabis culture at one of them. From the West Coast to New York, here are some of the top 420 festivals in the United States.

In 2015, a small group of cannabis enthusiasts created the National Cannabis Festival. It originally began as an event to celebrate the progress on marijuana legalization in DC and all over the country.

“The founders envisioned a festival recognizing the spirit of the cannabis movement and the non-profit groups that have fought for so long to end marijuana prohibition.”

In April 2016, marijuana activists and supporters came together at the Festival Grounds at RFK Stadium for the first National Cannabis Festival. Attendees enjoyed an incredible concert headlined by De La Soul, remarks from political leaders and advocates, educational seminars, yoga, competitions, food, etc. It took place right down the road from the United States Capitol Building and was a triumphant display of the diversity of the cannabis community. Check their website and social media for more information on the upcoming 6th Annual National Cannabis Festival held on Saturday, April 23, 2022.

This is a new event that has recently been approved for the city of Portsmouth, Virginia. It is a two-day musical event that features hip hop and reggae artists such as Trick Daddy, Trina, Yung Joc, Rick Ross, Gucci Mane, and City Girls. The first-ever Unity Fest is meant to attract people of all ages, ethnicities, and cultures to celebrate weed and educate each other through fun, food, and, music.

Portsmouth Mayor Glover recently expressed support for the event in a statement to a local journalist at The Virginian-Pilot. Check their website and Facebook for the full list of musical guests at the inaugural 420 Unity Fest during 420 week on April 23-24, 2022.

Colorado was the first state to legalize cannabis, giving Colorado cannabis a rich history within the movement. The annual Mile High 420 Festival at civic center park draws weed advocates and enthusiasts worldwide, intending to fight the cannabis stigma while celebrating the thriving cannabis industry in Denver that includes cannabis tours and lounges. Next to Red Rocks and Colorado Springs, it’s one of the state’s largest tourist attraction events.

The 420 Rally on April 20 carries on the tradition set by Governor Gorman. He began what is now the most significant gathering of pot smokers around the globe. The Denver 420 Rally has been leading the march for cannabis advocacy for over two decades. Today, tens of thousands of cannabis enthusiasts gather in Denver’s Civic Center Park to celebrate the Colorado cannabis culture and community.

The Mile High 420 Festival is a free festival, which opens at 10 am yearly on April 20 at the civic center park. Downtown Denver shuts down for the celebration, and headline entertainment includes top artists from across the country. Previous year lineups have included Method Man, Lil Wayne, Lil Jon, The Original Wailers, Taylor Alexander, Whitewater Ramble, and more at the civic center park.

Once featured in the San Francisco Chronicle, 420 at Hippie Hill plans its return for 2022 after being canceled for two years due to the global pandemic. There will be on-site cannabis sales featuring a unique Hippie Hill menu.

420 at Hippie Hill is a popular San Fran tradition, bringing tens of thousands of people to Robin William Meadow in Golden Gate Park to celebrate the right to consume cannabis. For many years this fest was unpermitted and unofficial in the city’s eyes. As it grew larger each year, city officials finally agreed to allow permits for the event, bringing in sponsors to help with security, vendors, and entertainment costs. It continues to be one of the largest celebrations of recreational marijuana in the country.

The High Times Cannabis Cup consists of three days of events with origins that can be traced back to 1988 as a cannabis fest in Amsterdam. It has expanded into several U.S. locations, including California, Illinois, and Colorado. The April 20 celebration occurs in Sacramento where cannabis smoke is legal.

The Cup is considered a “cannabis paradise” by many who have attended. It features edible and vape lounges, a petting zoo, art exhibits, shopping food, etc. It also includes a competition that judges the best strains, edibles, vapes, concentrates and buds. The winner of these categories is awarded the legendary “Cannabis Cup” title.
Finally, attendees get to listen to live performances by famous musical artists. Previous years line up has included Lil Wayne, 2 Chainz, Rich the Kid, and NAS.

Ann Arbor, Michigan, harbors the University of Michigan, home to the annual Hash Bash event, the one day a year when the university’s security does not enforce the no-smoking policy on campus. Since 1972, thousands of people have gathered to consume cannabis in public during the “One hour of Power.” This year will be its 50th annual event.

Hash Bash occurs on the first Saturday of April and begins at noon at the University of Michigan. These events are considered peaceful protests and are accessible to anyone.

The state legislature passed the law in November 2018 to legalize the recreational use of marijuana for adults, so the 2019 celebration was considered extra special.

420 is not only celebrated in North America but all across the globe. Europe, Asia, Australia, and more have their own festivities to celebrate April 20. Out of this list, you’re sure to find an amazing 420 celebration near you.

Considered one of the largest weed festivals globally, 420 Hyde Park is a chance to celebrate cannabis in an open and relaxed environment. As the name suggests, it occurs on April 20 each year. The event typically begins at around noon and loosely goes on till 6 pm, but there aren’t particular guidelines for the start or end times.

On this day, Hyde Park transforms into a fantastic celebration of marijuana. It’s also a chance globally to push for legalization, as it is still illegal in most world areas, including in the United Kingdom. It’s a great chance to network with others who have a common interest in weed. Considering people’s docile nature when smoking pot, you won’t usually witness violence or dangerous situations; therefore, the police tend to stay away.

The three-day Cannabis World Cup Festival is a massive celebration of cannabis culture, showcasing top weed brands, new products, innovators, workshops and seminars, cannabis tech, music, food, and the Cannabis World Cup competition. The Cannabis Cup is judged by over seventy of the industry’s most significant figures and boasts a top-tier lineup.

Hosted at the magnificent Westerpark at the center of Amsterdam, this fest is a chance for a celebration to help end prohibition, sign petitions to update the law, and open the world to the many positive aspects of the cannabis plant. A similar event called The Elite Cup is held every year on Amsterdam’s International Cannabis Day in June.

Glasgow Cannabis Social Club coordinates this 420 event yearly to celebrate cannabis and create a peaceful gathering. The main objective is to motivate reform within the UK Government to change their ideals and bias against cannabinoids and their consumption. It’s hosted at Glasgow Green, a park in the east end of Glasgow, Scotland, on the River Clyde’s north bank.

Glasgow typically will celebrate its annual Hempstock on 420, starting at 10 am; however it has been canceled the past two years due to the pandemic. In addition, to live music, there is weed paraphernalia, food, restrooms, speeches, and activities. Organizers plan to resume festivities as soon as it is no longer a public safety issue.

Organizers of the 420 Toronto event have relocated to Woodbine Park for a “Free Farmers Market” event. Food, entertainment, and other vendors are permitted, but the event itself has continuously failed to gain a permit from city officials; however, in 2019, the organizer Chris Goodwin of Cannabis Culture stated, “The Toronto Police and the City of Toronto have assured him that if the event relocated to Woodbine Park, they’d be allowed to have a stage live music and vendors.” It’s a way for the community to gather and share cannabis knowledge, products, and mindsets.

Expoweed is an event designed to break the stigma of marijuana use and create new societal norms, according to Zvezda Lauric, chief communications officer of Juicy Fields, the German company that sponsors the event. Upon arrival, attendees will find many goodies, including THC-infused popcorn and candy, jars of spicy tamarind paste, and other psychoactive munchies. There is also live entertainment, games, and fun contests. While Mexico still has not legalized marijuana, one can feel that there is excitement for the future of the drug at Expoweed festivals.

This is an event hosted by Free Cannabis New South Wales. It occurs on April 20, beginning at 2 pm, and is typically held at Victoria Park on The University Of Sydney campus. It is a free celebration that is open to the public. This picnic aims to “celebrate the most sacred day in stoner history.” The event coordinators encourage others to bring musical instruments, food, and their weed. It’s a form of networking to meet like-minded people and advocate for the end of cannabis prohibition and legal adult-use in Australia.

April 20 has become an international holiday for people all over the world. Many events double as political rallies to advocate for the decriminalization and legalization of cannabis and a way to showcase local dispensaries.

These are the ten top marijuana strains for partying and celebrating 420.

We hope you enjoyed our collection of amazing 420 celebrations around the world. As April 20 gets closer, be sure to check the websites of these events for specific times, dates, COVID requirements, and other vital information. But most importantly, grab some friends, figure out lodging, and take a week to enjoy a free festival near you to celebrate medical and recreational marijuana.