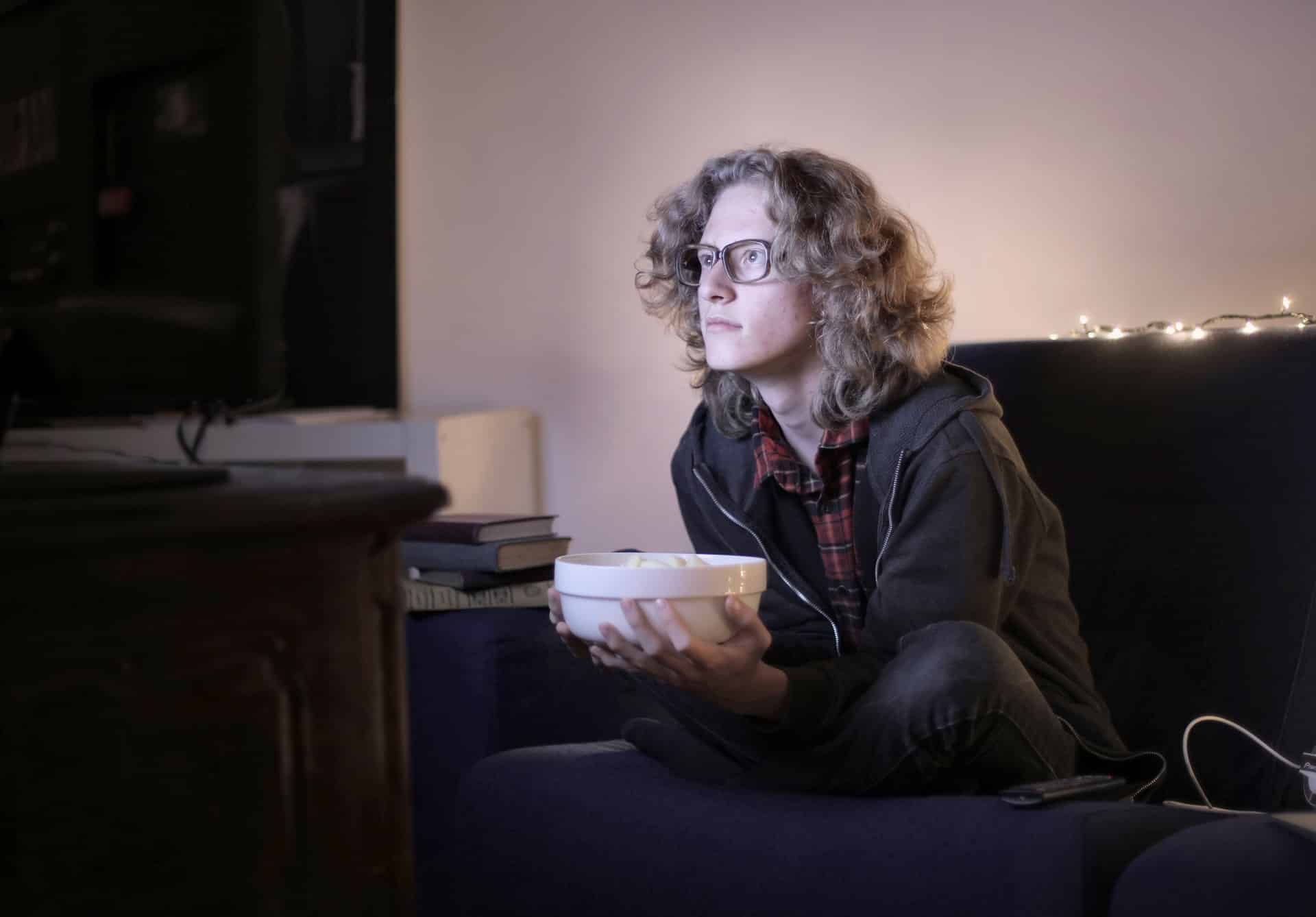 18 Best Stoner Movies of All Time

Weed is becoming more and more mainstream due to it being legalized or, at the very least, decriminalized in many states across the country. However, just because marijuana hasn’t been federally legal in almost a century, that hasn’t stopped Hollywood from writing, directing, and acting in movies featuring cannabis and sometimes even starring it.

So, sit back, roll one up, and grab some snacks as we take a look at the top eighteen best stoner movies of all time. As a bonus, we’ll provide some ideas for your stoner movie night munchies. Keep reading for more from Leafy Mate.

What’s it About? It’s 1976, and students are celebrating the school year’s end. This classic stoner comedy came out in 1993 and is a high school flick that features a lot of partying, especially with beer and weed. Matthew McConaughey plays the break-out role of the town party boy, David Wooderson.

What’s it About? Jeff Bridges plays Jeff Lebowski, aka “The Dude,” a middle-aged man with three foremost passions in life–bowling, White Russians, and marijuana.

Millionaire Jeffrey Lebowski recruits the Dude to help deliver the ransom when his wife Bunny is kidnapped, which sends his world into chaos. This cult classic filled with great one-liners and plenty of stoner humor is an odd yet exhilarating ride.

What’s it About? This Sony Pictures film is one of Seth Rogen’s earlier films and quickly formed a cult following in cannabis culture, especially since it shares a name with the famous, tropical weed strain, Pineapple Express.

In the movie, Rogen’s character is a process server who witnessed drug lord Ted Jones kill someone and then goes on the run from the bad guys with his drug dealer, best friend, and co-star, James Franco. And let’s just say…a lot of things happen along the way. YThe on-screen chemistry between the main characterscan tell that they have a good rapport in real life

What’s it About? Rappers Redman and Method Man star in this stoner comedy as Jamal and Silas, a couple of guys who smoke some magical buds, do exceptionally well on their college admission exams, and get accepted into Harvard. Silas and Jamal try to fit in with Ivy League students and do pretty well until the magic runs out. Then, they are left to try and use their natural smarts and street skills to stay in school in this super funny stoner movie.

This is the End

What’s it About? This is a modern-day apocalyptic stoner film that features a superstar cast and follows them throughout the beginning, middle, and end of the “end of the world.” It’s weird, but it’s good in its own right.

What’s it About? This gross-out comedy features two nerdy best friends navigating the last weeks of high school and college entrance exams when they are invited to a huge end-of-school house party. They spend the day of the party trying to score their own supply of alcohol for the party so they can try to lose their virginity before college. Their adventure gets challenging when two cops get involved, escalating from there.

Jay and Silent Bob Strike Back

What’s it About? This is one of the most well-known stoner movies about the main characters, Jay and Silent Bob, and it is the second movie in the franchise.

When Jay and Silent Bob hear that a “Bluntman and Chronic” movie is being made featuring their comic book characters, they assume big money is coming their way. But when they learn that there aren’t any royalty payments on the way, they set out to destroy the film.

What’s it About? In the after-college, pre-career limbo, there’s not much to do on a Friday night other than smoking marijuana and eating fast food. When they go out for a White Castle burger, they run into Neil Patrick Harris, get mauled by raccoons, and end up behind bars in a New Jersey jail. Need we say more?

What’s it About? Half Baked was written by the creators of Chappelle’s Show a few years before they wrote the show. This is a classic stoner film where Dave and his crew start selling stolen weed to raise bail money for their friend who was arrested for killing a police horse. It’s a risky business, and they must dodge the cops and more at every turn.

Tenacious D: The Pick of Destiny

What’s it About? Rock Musicians JB and KG form a bond that could create the greatest rock band of all time. The duo embarks on a trippy quest to find a legendary guitar pick with supernatural powers to make that dream a reality.

Cheech and Chong’s Up In Smoke

What’s it About? Cheech and Chong’s classic first movie is about two potheads named Pedro de Pacas and Anthony “Man” Stoner. They go on a road trip to find more weed, have a few run-ins with the police, and several bizarre things happen to them along the way in this Tommy Chong creation.

What’s it About? After being unable to pay rent, video game creator Alex finds himself moving in with Lilly, his hilarious grandmother. His grandma and her elderly friends hang out in front of the television all day, watching shows and gossiping. This affects his love life with Samantha and his ability to smoke weed with his pals. As the movie continues, Alex has a rivalry with another creator that leads to many unusual events.

What’s it About? Bill and Ted are high school pals that set out to start a band. But, because they are about to fail history class, Ted will be sent to military school by his parents. They recruit assistance from Rufus, a time traveler from the future, where their band is essential to their society. Bill and Ted travel to various historical points using his time machine, returning with important figures to help them make a good grade on their final history presentation.

What’s it About? This 2000’s film from Warner Bros. and Judd Apatow is about a one-night stand that turns into a much longer journey due to an unplanned pregnancy between Rogen and Heigl’s characters. There are plenty of weed jokes and crazy happenings in this movie, but it also turns out to be a charming semi-romantic comedy as well.

Urban Dictionary describes the munchies as “the compelling and intense feeling of hunger after smoking weed.” While accurate, there is an even more scientific explanation for this feeling. Read on to find out more about what causes the munchies to hit and the best snack to relieve those intense cravings.

What causes you to want a snack?

THC is the psychoactive compound in cannabis that makes you high and it can affect your body in many ways. Ginger Hultin, RD, is the spokesperson for the Academy of Nutrition and Dietetics and the owner of Champagne Nutrition.

She states that munchies happen when THC stimulates your body’s endocannabinoid system in the brain to promote an urge to eat. She goes on to say that there is evidence that weed encourages the production of a hunger hormone called ghrelin.

Whether you want cookie dough ice cream or sweet, fruity flavors, Ben and Jerry’s has anything an ice cream lover could possibly want. An added bonus to their delicious ice cream is that they are an amazing company that is dedicated to advocating for equality and human rights.

Some of our favorite ice cream flavors are:

A CLASSIC. If you’re getting high before going to see a movie or while staying in to catch a flick, make sure and stop and the grocery or concession stand for some popcorn to eat. It is the perfect salty, crunchy, and buttery snack to cure the munchies. You can also get creative and add in hot sauce, a ranch packet, m&m’s, pretzels, or any of your favorite snacks.

If you want to tap into your inner child, eat one of these childhood favorites next time you feel the munchies coming on:

This is a recipe for one of the best munchie foods from Delish. After smoking weed, this personal favorite recipe is just what you’ll need to curb that hunger.

Earlybird CMO Erik Culver has teamed up with a local favorite in Texas, called Trudy’s. To celebrate National Queso Day, they combined Austin-based Earlybird CBD with Trudy’s classic queso to create a limited-edition special CBD queso. You’ll be excited to head to the shop, grab some chips, and dive right in.

First, you’ll cut the block of queso into small cubes and melt it on medium heat. Whisk in the milk until your mixture is smooth and completely melted. Add the diced jalapenos, garlic powder, and onion powder. Stir until fully mixed and remove from heat. Find the rest of the instructions here.

We hope you enjoyed a trip down memory lane and gained some new ideas for your next munchies and movie night. As always, consume responsibly, follow local laws, and check back regularly with Leafy Mate for the latest information regarding all things cannabis.