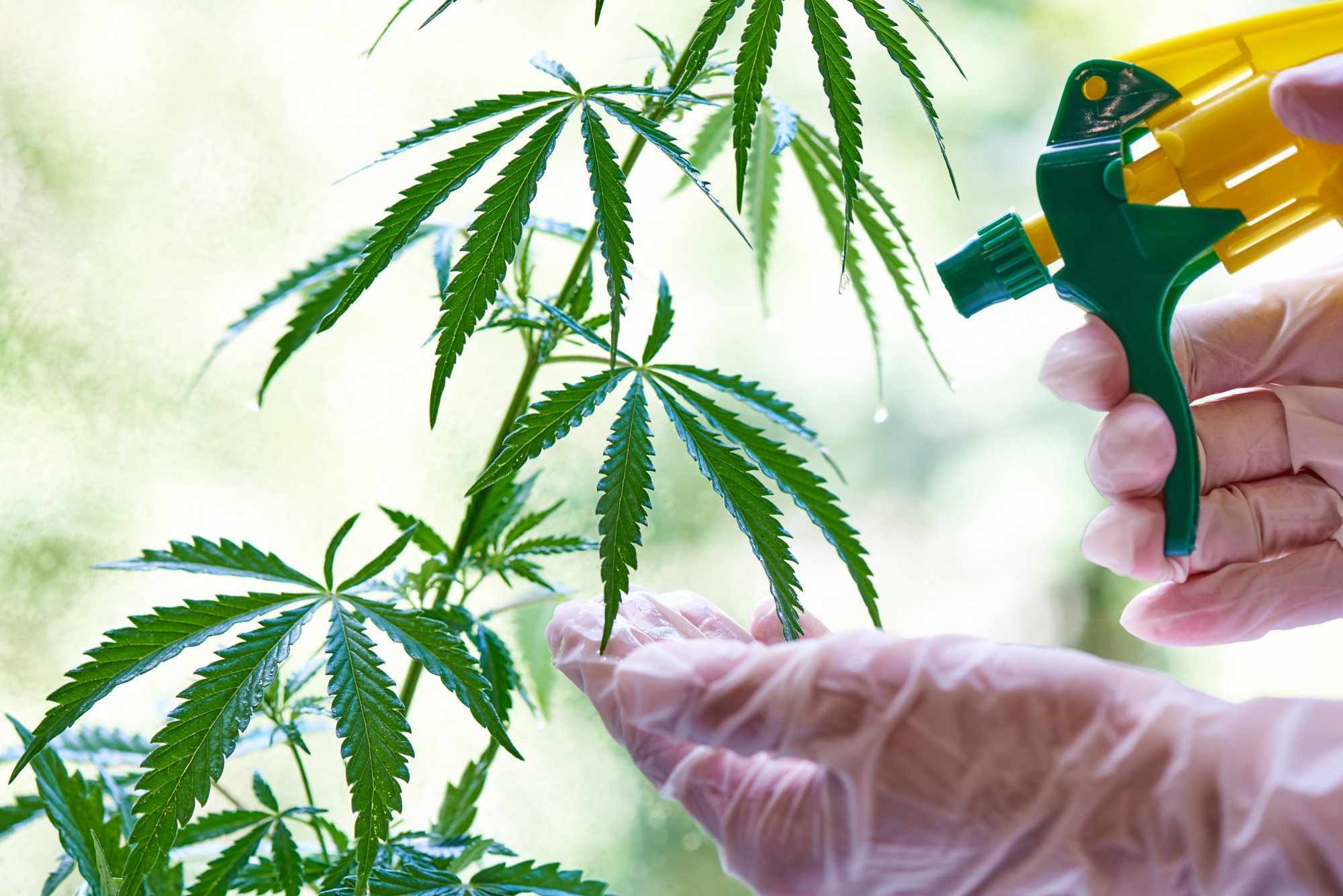 Terpenes are what provide the sweet aroma and flavor of your favorite buds. They can also enhance the potency and physical characteristics of cannabis plants. Lately, terpenes spray has been a big hit among cannabis consumers, but why?

Join us as we break down the basics of terpenes and the recreational and medical benefits of spray terpenes.

What is a Terpene?

Terpenes, also known as terpenoids or isoprenoids, are the largest group of naturally occurring compounds in the cannabis plant. Terpenes are classified as monoterpenes, sesquiterpenes, diterpenes, and triterpenes. These aromatic hydrocarbon molecules give cannabis its unique smell, taste, and color.

Terpenes are found in many plants, flowers, trees, fruits, and even some animals. They can also be extracted from dried flowers and herbs as essential oils.

Terpenes are organic chemical compounds found in some herbs, most popularly known in connection to the cannabis plant.

Terps can provide desired characteristics like flavor profile, aroma, and color. You can add them to cannabis flowers, tinctures, topicals, and edibles to increase psychoactive effects.

Although terpenoids do not affect cannabinoid potency, they can work with cannabinoids like THC and CBD to enhance health benefits. They have been linked to reducing the symptoms of certain mental and mood disorders, anxiety, and depression.

Two popular terpenes are linalool (found in Lavender) and a-Pinene (found in rosemary), which are known to reduce stress and increase mental clarity.

Common Cannabis Terpenes and Their Effects

Cannabinoids have recently drawn attention for their potential health benefits related to sleep, mood, pain, and other health issues. Terps can also play a significant role in the psychoactive effects of cannabis, including its ability to affect sleep. Scientists are still learning about how terpenes affect the body and mind.

Terpenes are small molecules in cannabis buds that create their smell and taste. Terpenes are found in many natural plants, fruits, and flowers other than cannabis. Over a hundred unique terpenes have been identified, and various combinations of terps in different strains of cannabis create distinctive flavors and aromas. Scientific research shows that terpenes can also affect energy, mood, sleepiness, and alertness.

Some of the most common terpenes for sleep aid are:

Cannabinoids and terpenes are both active chemical compounds found in cannabis plants. While cannabinoids are considered primarily responsible for the euphoric effects and medicinal benefits associated with cannabis Sativa, terpenes remain the source of the cannabis plant’s aroma and taste.

However, when cannabinoids and terpenes combine, they create a synergistic effect on the human endocannabinoid system. The two complement and enhance the sum of their therapeutic or euphoric properties.

What is Terpene Spray?

Terpenes sprays contain a mixture of naturally-derived terpenes from botanicals that usually smell like a particular weed strain. These sprays allow you to enhance the aroma by spraying them on your favorite buds, concentrate, or even edibles. Terps spray format typically is a bottle or can with a spray nozzle and an absorption tube.

Terpene spray ingredients range depending on the brand and type of product. All cannabis strains have different types and concentrations of terpenes. Hundreds of other terpenes are found in cannabis, with a small portion having potential health benefits. A spray bottle usually contains a certain amount of terpenes and then a filler like nitrogen or carbon dioxide.

Why do people use terpenes spray?

Monoterpenes, such as THC, are the major components in cannabis that are responsible for its many medicinal benefits.

Researchers are working hard worldwide to learn more about cannabis and how people can use it recreationally and medically. There are many ways that terpenes in cannabis can be used for our benefit and enjoyment.

Research is focusing on terpene’s role as a therapeutic option for a long list of conditions, including:

Aromatherapy is long associated with terpenes; a big part of cannabis enjoyment comes from its aroma. Whether it is a sweet fruity smell, a musky, spicy scent, or a deep skunky fragrance that hangs around for a while, just smelling cannabis can elicit a response in the body.

Taste is also a big part of the experience; regardless of the method cannabis is consumed, terpenes are integral to the overall experience.

How do you use it on weed?

Here’s are the five steps:

Does Terpene Spray get you high?

Terpenes alone do not produce the traditional euphoria associated with cannabis consumption. However, some are considered psychoactive due to their effect on the brain.

They are known to enhance the impact of cannabinoids, like THC and CBD, producing an improved outcome. Some terpenes contribute to the relaxed feeling produced by certain strains, while others enhance energy and focus. Terpene composition can vary wildly, and only an accredited cannabis testing lab can identify a specific terpene profile.

Terpenes are legal in the United States, Canada, Europe, Mexico, and many other areas around the globe.

Terps sprays and terpene products don’t contain THC, making other marijuana products illegal. Terpene concentrates are similar to essential oil and can be found in most headshops and dispensaries.

Cannabis consumers exploring terps spray should exercise caution. Be sure to read cannabis labeling carefully before use. Most accredited testing labs include terpene profiles for the three most prevalent terpenes and concentrations above two percent.

As volatile organic compounds, terpene concentration will degrade over time. Recent packaging dates should be sought out. Instead of labeling, inspecting the aroma of cannabis flowers is an effective method to determine quality. Diminished fragrance can indicate staleness.

Many cannabis oil-based derivatives often feature synthetic terpenes. These synthetics are frequently used in producing aromatic household cleaners and solvents. Extreme heat should be avoided when consuming these synthetics, as they can create harmful byproducts.

What is a Cannabinoid?

Cannabinoids are found in the cannabis plant as well as produced naturally by the human body. We have an endocannabinoid system (ECS) that internally produces cannabinoids. These compounds are essential to maintaining internal balance through many-body systems.

Cannabinoids interact with our ECS to help maintain functional balance through a system of messenger molecules and receptors. Sleep, energy, cardiovascular function, reproduction, stress, chronic pain, motivation, appetite, digestion, and more are some of the body functions that cannabinoids impact.

The two most commonly known cannabinoids found in cannabis are tetrahydrocannabinol (THC) and cannabidiol (CBD). The word cannabinoid can refer to THC or any chemical that acts on cannabinoid receptors. There is even a synthetic cannabinoid called HU-210, which delivers no adverse side effects. This means that it could be helpful for pharmaceutical companies in developing new drugs. Of course, this would require more research. The DEA still classifies THC as a Schedule I drug with zero medicinal value. As a result, their classification of other cannabinoids is still in debate.

What is the Endocannabinoid System?

The endocannabinoid system is comprised of an extensive network of chemical signals and cellular receptors densely packed throughout our brains and bodies. The “cannabinoid” receptors in the brain — the CB1 receptors — outnumber many other receptor types in the brain.

They act like traffic cops to control the levels and activity of most of the other neurotransmitters. This is how they regulate things: by immediate feedback, turning up or down the movement of whichever system needs to be adjusted, whether hunger, temperature, or alertness.

Our bodies produce molecules called endocannabinoids to stimulate these receptors, which have a structural similarity to molecules in the cannabis plant. The first endocannabinoid discovered was named anandamide after the Sanskrit word ananda for bliss.

All of us have tiny cannabis-like molecules floating around in our brains. The cannabis plant, which humans have been using for about 5,000 years, essentially works by hijacking this ancient cellular machinery.

What does the ECS do?

Cannabis strains are considered to be a pure or hybrid genetic variation of the plant Genus Cannabis. There are three species: Cannabis Sativa, Cannabis Indica, and Cannabis Ruderalis. Ruderalis is not as popularly known; however, it is a derivative of cannabis with the lowest THC levels. Although they are popular among the cannabis community, hybrids are not considered a species as they are made of Sativa and Indica, with typically one or the other dominating the gene pool.

Terpenes are thought to have evolved to serve as both natural defense mechanisms and offensive weapons in plants. They can produce overwhelming smells and tastes that discourage predators from consuming them.

These smells and tastes also attract potential pollinators. The cannabis plant will also produce terpenes to protect them from the destructive impact of harsh weather.

Terpenes are secreted from the plant’s resin glands. They help broadcast the plant’s aroma and contribute to its ability to synthesize oxygen and regenerate. Terpenes are essential in cannabis, so it’s no surprise we are seeing new products like terps sprays added to the market. 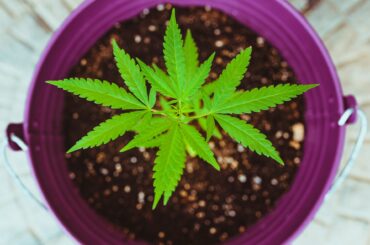 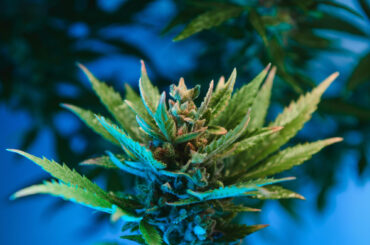 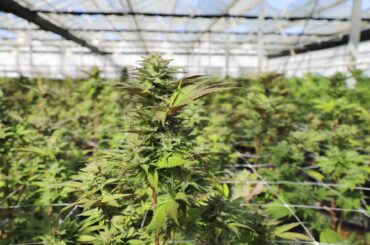 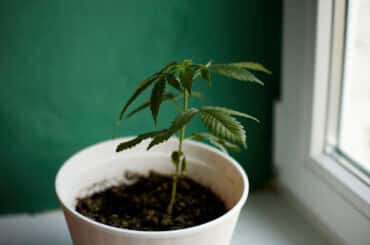