What Is Cannabis Dependence?

At Leafy Mate, we try to lighten the mood whenever we can.

The below clip is a timeless track by rapper Afroman, who released it in the year 2001 during a decade when stoner comedies dominated the box office. Based on the way marijuana use impacts his daily life and activities, Afroman strongly suggests he has developed — and is freely acknowledging — a significant cannabis dependence.

And while “Because I Got High” was intended purely as comedy, the song speaks loud truths about how excessive marijuana consumption can eventually lead to what is referred to as “cannabis use disorder.” We’ll unpack the science behind this condition shortly but first, some words about transparency.

Like Snoop Said, “No Stress, No Seeds, No Stems, No Sticks!”

Just as Snoop Dogg values pure, unadulterated, 100% high-inducing cannabis products, we strive to provide you the reader with information as honest as it is unfiltered. As cannabis advocates, we aren’t completely bias-free but we’d be remiss if we didn’t address the topic of drug abuse, even in the context of our beloved marijuana plant.

Not for a second do we take for granted that the bulk of anecdotal and clinical evidence (white still limited) is on our side. This makes it both convenient and scientifically valid for us to speak about cannabis in comparative/conjunctive terms, such as:

In the substance abuse context, however, we wouldn’t describe cannabis use disorder as anything other than what we know it to be: a serious issue. Nor would we be so flippant as to claim that someone is better off having a marijuana addiction than a cocaine or heroin addiction. Despite the temptation to take a defensive posture, we must treat cannabis as if it exists in a vacuum.

From a therapeutic standpoint, treatment options for marijuana use disorder are modeled after similar methods used for alcohol abuse and other drug use, for example, but that doesn’t make the problem any less worrisome. The negative consequences of addiction are all categorically undesirable no matter where they originate.

We often conflate strong enthusiasm with addiction in our everyday language to emphasize how much we enjoy or long for something. I’m addicted to this new Netflix series. I’d kill to be able to travel again. This stuff [that tastes so good] is like crack. Though mere figures of speech need not be a cause for alarm, destructive patterns of behavior that lead to genuine substance abuse problems absolutely should.

The “what” is no less important than the who/when/where/why/how of addiction. And the thing someone is addicted to matters, particularly in the case of weed, because a marijuana use disorder is statistically less likely to occur absent underlying environmental, demographic, and personal health factors. Certain cannabis users are indeed predisposed to developing cannabis use disorders.

Simply because you smoke marijuana once (or sporadic recreational use) would not normally qualify you for a substance use disorder. But if you continued smoking cannabis regularly and excessively, along with exhibiting other physical or psychological problems, the likelihood of developing a cannabis addiction increases.

Besides being treatable, cannabis use disorders are — thankfully — preventable. When you’re aware of the risk factors that impact your overall susceptibility to the potency of weed, you can successfully sidestep the pitfalls of cannabis addiction.

What Is Cannabis Use Disorder?

The phrase “cannabis use disorder” is used only to denote a specific condition with fairly narrow clinical parameters. Heavy cannabis users’ recreational use, without more, isn’t enough to trigger the distinction; does it rise to the level of cannabis abuse? Are they developing cannabis dependence in the form of withdrawal symptoms? Unless and until marijuana use can be labeled problematic, there can’t be any disorder diagnosed.

According to the Diagnostic and Statistical Manual of Mental Disorders, Fifth Edition (DSM-5) — published by the American Psychiatric Association — the following criteria are indicative of a potential cannabis use disorder:

It’s worth noting, as we alluded to earlier, that a positive test for cannabis — which could technically happen after a single instance of use — is not by itself a red flag for marijuana use disorders. On the same token, however, a negative test, or the lack of cannabis withdrawal, doesn’t de facto preclude professionals from making that diagnosis.

What Causes Cannabis Use Disorders and Who Is Most Susceptible?

Cannabis use disorders seem best explained as a matter of correlation than causation. No single action triggers them, but rather a unique combination of factors.

Per Yale Medicine, genetics or hereditary traits may also play a role in someone’s predisposition to developing substance use disorders. A thorough diagnosis will examine family members’ history of substance abuse and/or mental health conditions.

As previously stated, the most obvious contributing factor is consistent and continuous cannabis use but, even then, cannabis dependence doesn’t take hold unless how weed is consumed alters drastically. To that end, fixed medical marijuana regimens are meticulously crafted and adjusted to mitigate or prevent the onset of severe cannabis dependence. Medical marijuana is presumably being used to manage a chronic condition of indefinite length, thus a patient’s use is correspondingly indefinite. But marijuana addiction’s key catalyst is marijuana abuse, which healthcare professionals are loath to let happen.

Not Under Doctor’s Orders

Recreational cannabis users, however, are free to adjust their consumption methods at will and, left unchecked, can set themselves up for marijuana addiction. Choosing more potent varieties of weed while also using more effective, direct delivery techniques can certainly accelerate marijuana dependence. These, combined with preexisting mental health conditions such as anxiety and depression, increase the likelihood of cannabis use disorder.

Don’t Let the Numbers Fool You

Overall, around 10 percent of those who try weed will develop marijuana dependence, as compared to 15 percent of cocaine users and 24 percent of heroin users, respectively. But again, with transparency in mind, the caveat is that because so many more people use marijuana globally (193 million strong), that figure far outnumbers those treated for other types of drug use.

We had to give this a separate section because it is the most pressing and concerning of the “who” of cannabis use disorder. Adolescent cannabis users (oxymoron much?) are by far the group most vulnerable to suffering from cannabis abuse.

The cannabis use we promote here has three core pillars — safe, responsible, and by adults only. Adult use isn’t always guaranteed to satisfy the first two, but teenage use is most assuredly unsafe and irresponsible. Quite simply, the adolescent brain and endocannabinoid system do not possess the wherewithal to fend off the adverse effects of prolonged marijuana use. Therefore, cannabis use disorder continues — and gets progressively worse — into adulthood.

Wait Until Your [Brain’s] Silver Anniversary If You Can

The human brain isn’t completely developed until around age 25, so young adults between 21 and 24 can also be vulnerable to marijuana abuse and withdrawal symptoms but less likely perhaps to be hardwired to them. Any number of reasons could lead adolescents and young adults down a path of drug abuse, and several should be familiar to us: boredom, general feelings of angst, stress at home and/or school, peer pressure, fear of being ostracized, socialization in college, blissful ignorance of side effects, etc.

Adolescent cannabis users, by way of reduced cognitive function and underdeveloped social skills, are deprived of meaningful opportunities to expand their still-growing minds. It’s why we take underage drug use — and prevention — so seriously. Think about this sobering segue to the next section: approximately half of those who enter treatment for marijuana use disorders are below the age of 25.

How Is Cannabis Use Disorder Treated?

No drug has yet been approved to treat cannabis use disorder, but interventional therapies have proven effective. Success is generally more achievable when users have a starting goal of discontinuing cannabis use altogether (even if they ultimately only reduce it), and when two or more treatment options are combined. Furthermore, if cannabis use disorder is compounded by another underlying or associated mental health condition, having treatment address both conditions simultaneously ensures the most favorable outcome.

The following behavioral therapies, often combined, yield positive results in the treatment of cannabis use disorder. They are:

A 2015 study involving 308 subjects revealed that online interventions with live chat counseling were helpful for patients who don’t use traditional outpatient therapies like the ones listed above.

Because it is a psychoactive substance, and a powerful one at that, some people turn to cannabis as a coping mechanism when other psychiatric disorders are present. If a cannabis use disorder is imminent, such co-conditions can distort a user’s sense of when symptoms begin.

Anything, even things not inherently dangerous or with mind-altering properties, can be utilized in an abusive manner that would constitute a substance use disorder. Marijuana use is no exception. And while we established early on that no form of drug abuse should go untreated and that one was not less harmful to have than another, we do believe marijuana dependence is easier to treat than other versions.

Though codified as an illicit drug in the Controlled Substances Act, we know cannabis is not as hard a drug as its Schedule I counterparts. On top of that, go back to Afroman’s song that we featured at the top of the article; the song highlights actions he planned to take but did not because he was high. For the most part, he is not condemning nor regretting things he did while high. It’s subtle, to be sure, but is a key difference.

Harnessing that energy and achieving more is what therapy like motivational enhancement is all about. Those suffering from cannabis use disorder are still very much in a position to reclaim their lives without having done irreparable damage. More importantly, they recognized time and again that quitting (or reduction) was an option. Young adults, in particular, have their whole lives ahead of them to recoup lost time and opportunity.

Your Mental Health Is the Key to Everything Else

Failing mental health is a primary cause of drug abuse. In this age of social media, hyper-sensory stimulation, and instant gratification, it’s no wonder people turn to substance use, especially our fragile and impressionable youth. Taking a moment just to wonder if everything is truly okay with ourselves becomes perfectly reasonable.

We can’t be too overbearing when it comes to our well-being. If you’re experiencing bouts of depression, generalized anxiety disorder, post-traumatic stress disorder, or any other kind of debilitating mental condition AND you use cannabis, you may consider speaking with a doctor as a preemptive measure. The DSM-5 is a powerful tool of psychological medicine, but if that’s what’s being used to evaluate how you feel, you may already be looking at a cannabis use disorder.

Prevent it when you can. Prevention is the most underappreciated and underused weapon in your arsenal. 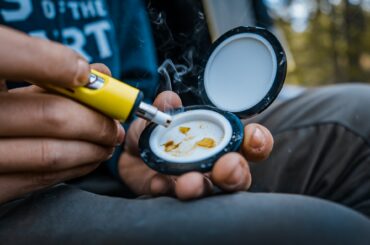 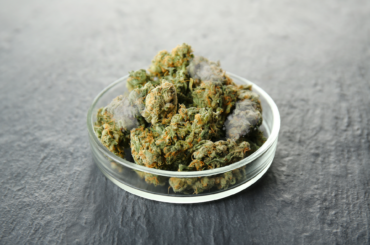 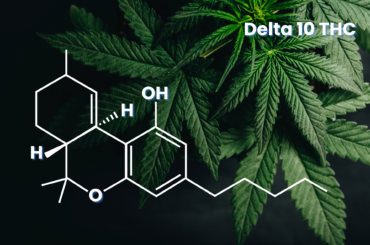 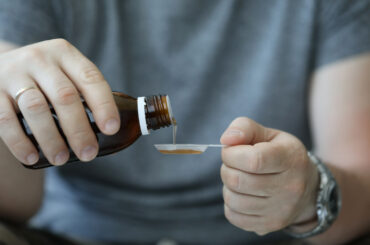